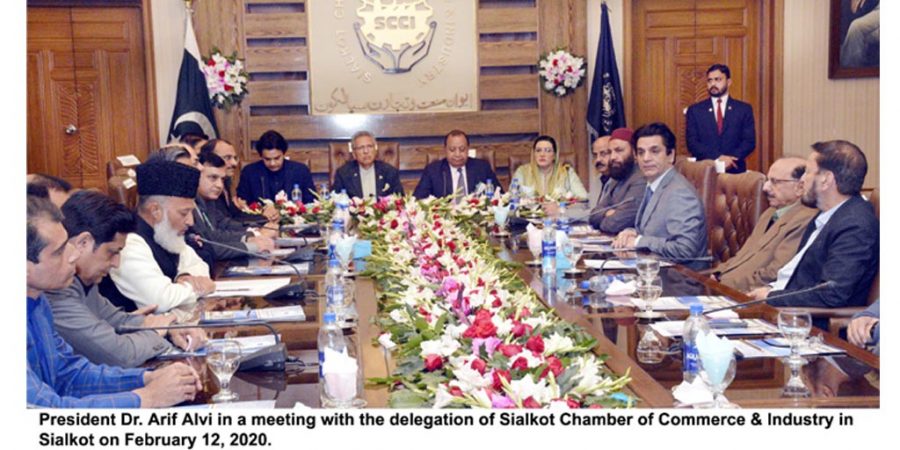 SIALKOT, FEB 12 (DNA) – President Arif Alvi has said that “Prime Minister Kamyab Jawan Programme will change the thinking of youngsters because the youngsters are real asset of country while the present government do not want youngsters to beg rather the government want to give better future.

While addressing in a meeting on Wednesday, President Arif Alvi said that the youngsters will start their own business under this programme and they will not wait to get amount 10 to 15 years.

He said that the youngsters can give real face to their dreams under this programme to establish their strong business while they can make good value in the community.

He said youngsters can play vital role to strengthen the economy development of country. He said the youngsters should not confuse because the Prime Minister Imran Khan has vowed that he will give bright future to youngsters.

He said the Prime Minister want to see boost export from Pakistan especially from Sialkot. He said the Sialkot is export oriented city and it’s export has good value in the world.

He said that the government can not see angry business men rather the businessmen should cooperate with government to see the strong Pakistan.=DNA