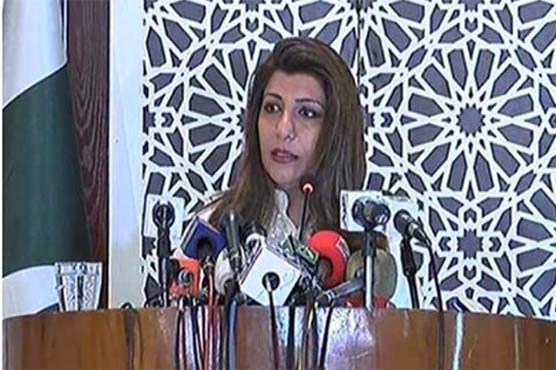 ISLAMABAD, FEB 27 (DNA) :  Spokesperson of Foreign Office on Thursday said that US-India deal will disturb balance of power in the region.

Addressing a weekly media briefing, Foreign Office Spokesperson Aisha Farooqui said that federal and provincial governments are working together to prevent outbreak of coronavirus in the country and concerned authorities are in continuous contact with Iranian leadership in this regard.

She added that Pakistani embassy in Tehran and health department is on high alert. She also expressed satisfaction on China’s efforts to curb the spread of the incurable coronavirus.

Regarding Kashmir issue, Aisha Farooqi said that international community is aware of situation in the occupied valley and welcomed mediation offer of US President Donald Trump; however, she expressed concerns over US-India deal and said that such steps can disturb balance of power in the region.

She went on to say that India should not underestimate preparedness of Pakistani nation. Pakistan can effectively respond to Indian aggression, she added.

Talking about US-Taliban peace deal, she said that Foreign Minister Shah Mehmood Qureshi will represent Pakistan during signing of the agreement.