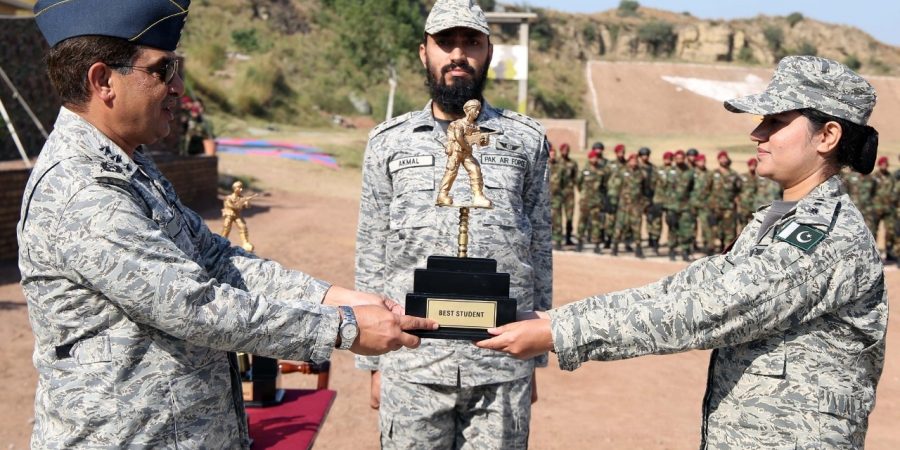 A total of 321 PAF personnel including 23 officers successfully completed their rigorous training conducted by the Special Services Wing of Pakistan Air Force. An important feature was the participation of 04 lady officers in the course, where they underwent a strenuous and demanding drill alongside their male comrades. The Chief Guest awarded badges and trophies to the personnel who successfully completed this arduous course. Flight Lieutenant Ansar Ali clinched the Trophy for Overall Best Performance in the course; while Flight Lieutenant Sehrish Shahnawaz was awarded the Trophy for best performance among lady officers. Best Firer Trophy was awarded to Corporal Technician Shahid.