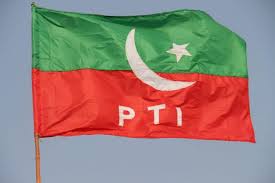 According to details, Secretary Pakistan Tehreek e Insaf, Omar Sarfaraz Cheema while commenting on IHC’s decision, has stated that the Combined Investigation Team brought into open very credible and irrefutable evidences in its report.

He said PM Imran Khan kept contending that house Sharif and Zardari clan ruthlessly  plundered  the country and its resources for decades.

He remarked stating that these corrupt elements are destined to be made accountable for their financial crimes and they will not go scot-free.=DNA