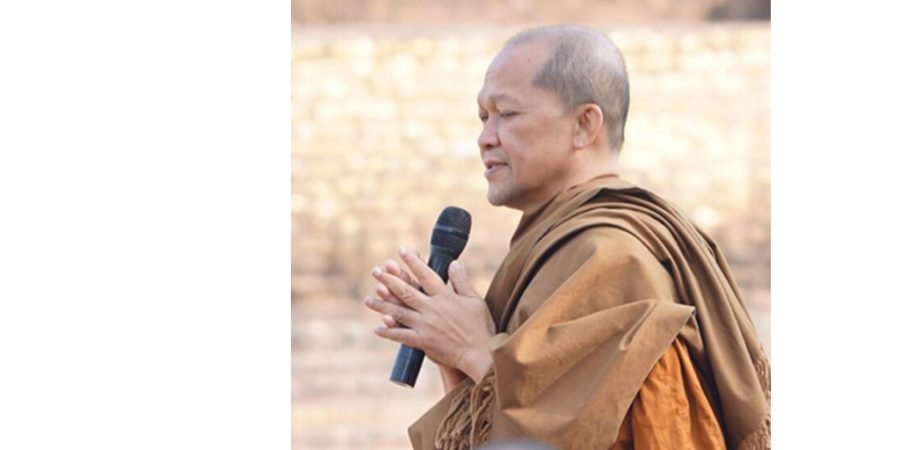 TAKHT BHAI, Oct 30 (DNA): The Chief Monk Arayawangso of Thailand, currently visiting Pakistan has said both Pakistan and Thailand were in consultative process to introduce meditation services at Buddhists sites which would bring an influx of religious tourists and ultimately boost economy.

“We might have three to five days meditation at Buddhist sites in Pakistan so that Buddhist and non-Buddhist from multiple countries can join us,” he said while speaking to media here on Wednesday at Thakht Bhai.

He said Minister for Religious Affairs in a meeting had assured Pakistan’s
full support in this regard and shared his government’s plan and initiatives to promote the religious tourism.

He said Buddhist pilgrims were accorded warm welcome here which was encouraging gesture for many countries, individuals and organizations to visit Pakistan in a friendly environment.

The Chief Monk said, “The visiting monks have great spiritual association with the holy sites and meditation touches their hearts and this tenderness and hospitality would surely force them to spread the good words about Pakistan across the globe”.

Arayawangso said he would speak with the representatives of around thirty countries, having Buddhist population, about their sacred sites in Pakistan and believed that it would help increase monk influx to the country.

He dispelled the impression about Pakistan that it was not a safe place and suggested global tourists to visit without fear.”

He informed the chief monk that there were 29 votive stupas in main stupa courtyard besides one big stupa.-DNA