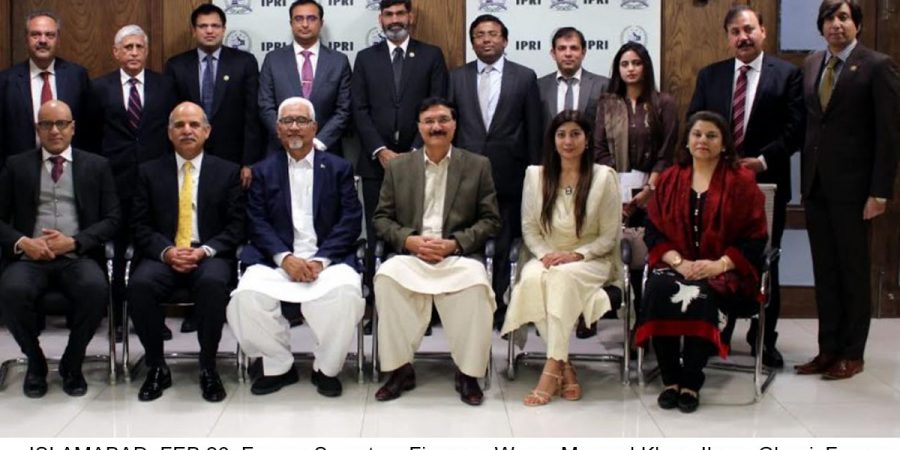 ISLAMABAD, FEB 26 (DNA) – The Islamabad Policy Research Institute organized the third Counter-Terrorism Moot on “Effects of War against Terrorism on Pakistan’s Economy & Measures for its Revival” in the capital.

The speakers highlighted the toll exacted by the war on terror on the national economy covering multiple dimensions. 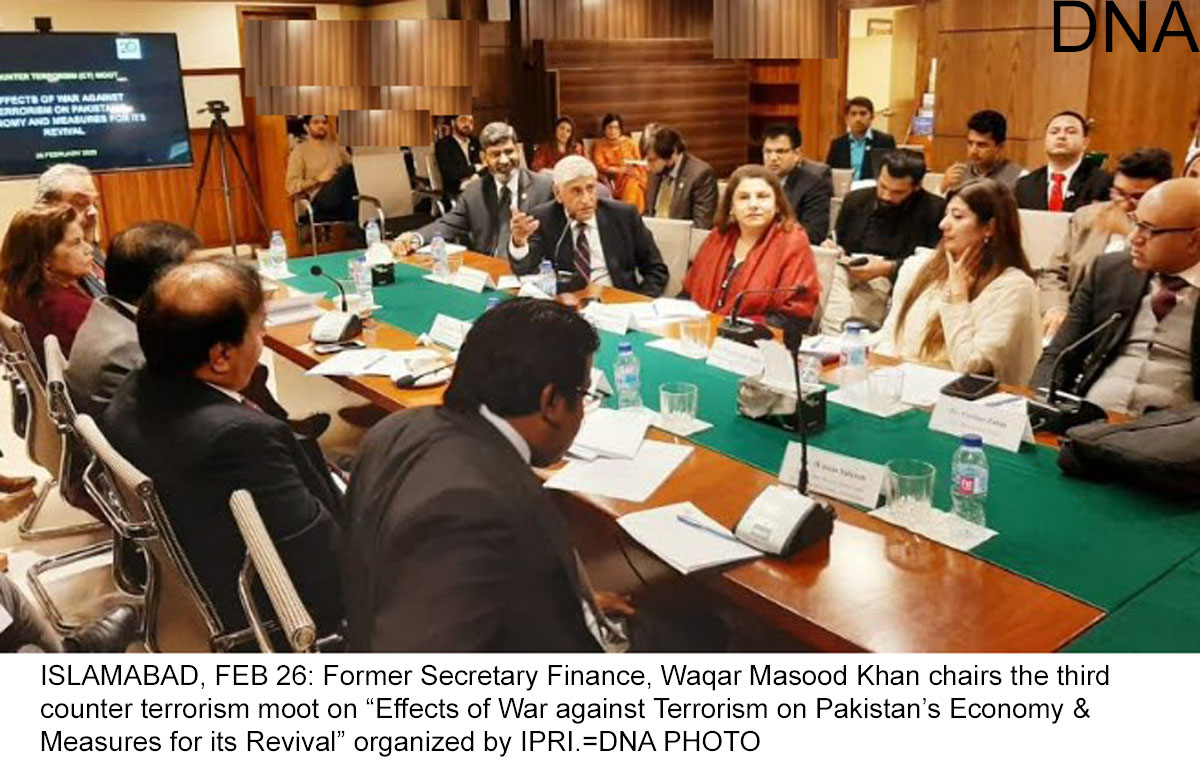 The unabated violence and its byproducts in the form of intolerance and religious extremism radically transformed the social and security landscape of the country, where safeguarding the lives of citizens had to be prioritized over economic development, as writ of the state was challenged by militants, making it a matter of national security.

According to the Economic Survey of Pakistan, during the last 17 years, Pakistan incurred losses of around $126.79 billion due to incidents of terrorism.

Foreign investment losses from 2016 to 2018 were around $1234.40 billion, while the cost incurred due to destruction of physical infrastructure was over $383.93 billion during the aforementioned period.

Pakistan’s industries had a multipronged battle, dealing with energy crisis on the one hand, and economic uncertainty coupled with loss of foreign investment on the other, which naturally had a cascading impact on industrial outputlosses of 1043.90 billion.

It was pointed out that Cumulatively, Pakistan had to spend PKR 2.2 trillion on defense expenditure during 2003 to 2015, and 640 billion on law and order activities.

It was also noted that terrorism exacerbated provincial disparities in Pakistan with Balochistan being the worst affected followed by Khyber Pakhtunkhwa.

Pakistan is still in a new state of war, as FATF being used as an instrument for crippling the economy, a war without having to cross the border or shedding blood, albeit much more detrimental to the country’s sovereignty and survival.

There was unanimous agreement that due to Pakistan’s unflinching and comprehensive measures under the guidelines of the National Action Plan and successful kinetic operations, the menace of terrorism has been reined in.

The Global Terrorism Index report of 2019 is a testament that Pakistan’s counter terrorism strategy has paid dividends.

It was shared that the number and lethality of terrorist incidents have been undergoing a declining trend for the fifth consecutive year with the number of incidents falling by 36% and fatalities reducing by 37%.

However, speakers urged that the fiscal losses wreaked by terrorism will require concerted and consistent effort to restore the health of the economy.

The government needs to ensure that requisite administrative and social services to the most affected areas are delivered in ways that do not undermine the dividends of peace. Finding the appropriate balance between peacebuilding and economic development priorities is vital and needs to be inclusive of a wide range of stakeholders at different levels, especially the most affected and marginalized.=DNA

« ‘200 million Muslims in India being targeted after IOJK; world must act now’ (Previous News)
(Next News) Malaysia’s Mahathir says he will return as prime minister if he has support » 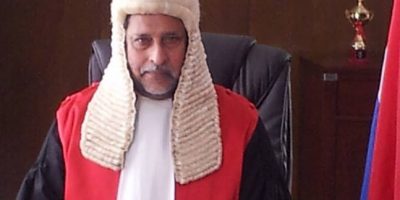