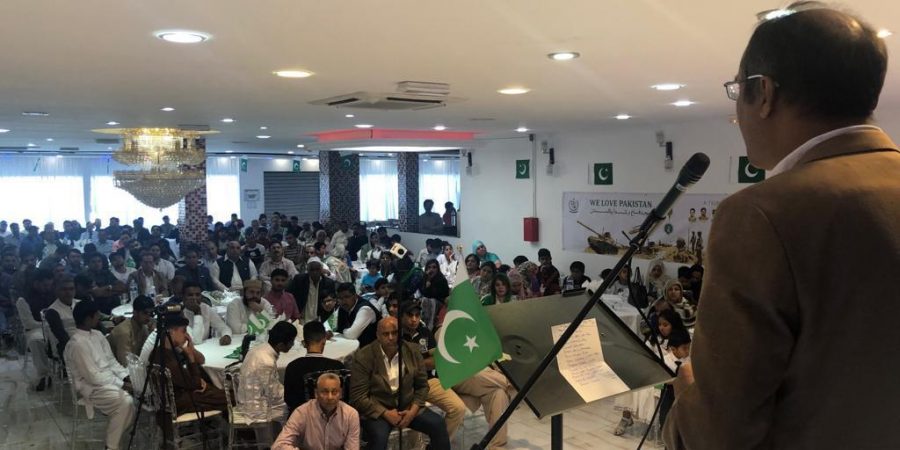 The event was marked in a ceremony organized at the suburbs of Paris today where a large number of Pakistani and Kashmiris communities of France paid glowing tributes to the Martyred of 1965 war and expressed their un-flinched solidarity with their Kashmiri brothers and sisters who are being confined to their houses without food medicine and freedom due to draconian curfew imposed on them by the Indian Security forces since forty days.

While speaking on the occasion, the Deputy Head of the Mission Mr. Amjad Aziz Qazi paid a rich tribute to the valiant armed forces of Pakistan who have rendered supreme sacrifices to keep our borders safe and have defeated nefarious designs of the enemies to harms our motherland.

He also expressed Pakistan un-flinching and unwavering support to the people of Kashmir and assured them that Pakistan will continue to extend its political, diplomatic and moral support for their just struggle in the exercise of their right of self-determination.

The leaders and notables of Pakistani and Kashmiri communities of France in their speeches paid glowing tribute to valiant arm forces of Pakistan and express their full confidence in their ability and capability to defend the motherland against any threat to its existence.

They also expressed their support and sympathies with the 15 million Kashmiris of Indian occupied Jammu and Kashmir who have been subjected to in human treatment by the Indian Armed forces and have been locked down under curfew since 40 days without food medicine and freedom of speech and expression.

They also vowed that they would continue to raise their voices in France to call upon France and international community to play their due role in mitigating the grave humanitarian crisis in the making in IOJK. 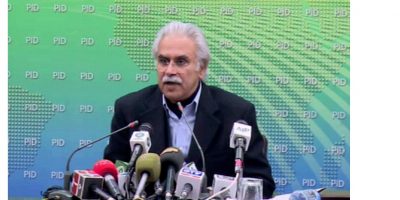 ISLAMABAD, FEB 28 — The two patients confirmed to have coronavirus in Pakistan are “stableRead More