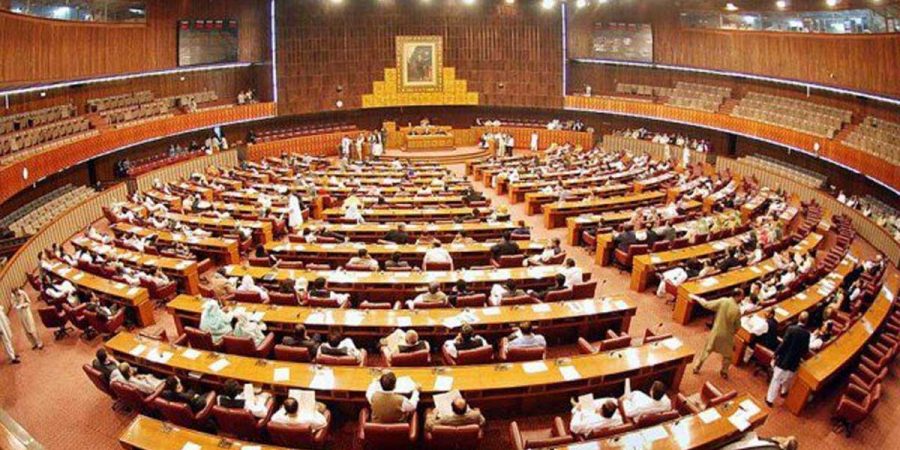 While holding placards, the opposition parties chanted slogans and demanded to issue production orders of Member National Assembly Mohsin Dawar and Ali Wazir who are in Counter-Terrorism Department (CTD) custody.

The parties also protested over filing presidential references against the judges.

Speaking in the assembly, Minister of State for Parliamentary Affairs Ali Muhammad Khan said Pakistan has been hosting millions of Afghan refugees over the last four decades.

He said Afghanistan is our fraternal country but it owes answer to us as to why a son of Pakistani land SP Tahir Dawar was martyred on their land.

Ali Muhammad Khan regretted the language used by certain elements in North Waziristan against Pakistan and its state institution. He said those behind this have no right to sit in this House and their membership should be cancelled.

Afterwards, the deputy speaker adjourned the session for indefinite time period due to the rumpus in the assembly. 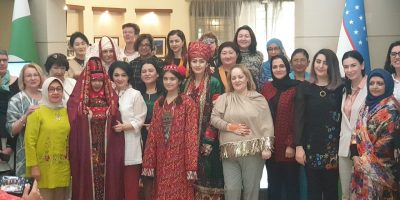 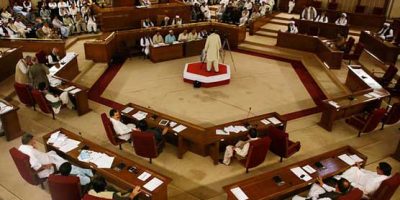