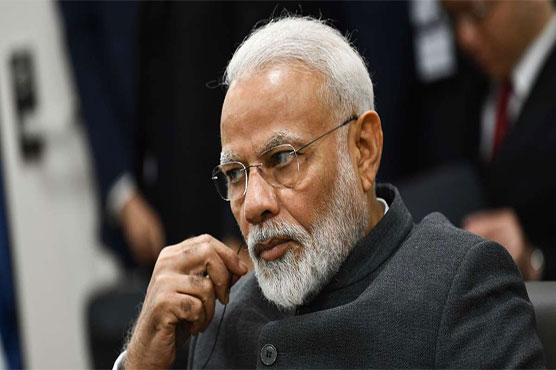 ISLAMABAD (DNA) – British newspaper  The Guardian  in its editorial said that Indian prime minister Narendra Modi has turned Kashmir into an open air prison, with the inmates cut off from the outside world.

The newspaper said that this week India’s prime minister clocked up 100 days in office in his second term. Mr Modi has chosen to govern much as he did his first term – as a rightwing populist on behalf of the majority Hindu population at the expense of the rights of minorities, especially Muslims, in his vast country.

The newspaper said that he dominates his nation’s politics: in May he became the first prime minister since 1971 to win majorities in parliament in back-to-back elections. He also dominates his Bharatiya Janata party, with a third of voters who supported the ruling coalition saying they would have voted for another party if Mr Modi had not been leader. Yet he has ruled rashly and in his party’s narrow interest, keeping the electorate aroused with nationalist delusions that only he can protect India from its rival, Pakistan, and the majority community from “fifth columnists”.

It further said that India risks becoming an ethnic democracy with an implied two-tiered citizenship. It is not one yet. However, in deed Mr Modi gives the impression that this is desirable. This month almost 2 million people living in Assam, a state in north-eastern India, have been left at risk of statelessness because they cannot prove they arrived there before Bangladesh declared independence from Pakistan in March 1971 in special courts that, says Amnesty, are “shoddy and lackadaisical”. No one is sure how many Indians who have been declared “foreigners” are Muslims. The evidence suggests many are. Mr Modi’s right-hand man called them “infiltrators” and “termites”, who ought to be thrown “into the Bay of Bengal”.

The newspaper in its editorial said that India has a written constitution and a parliamentary democracy. Yet Mr Modi has shown how constitutional politics can be subordinated to a single leader via manipulation and theatre. Mr Modi and his party have long peddled the idea that the Muslim-majority state of Jammu and Kashmir benefited from unwarranted constitutional protections. The BJP argued, absurdly, that the continuance of a low-level insurgency stemmed not from a heavy-handed military response with torture and killings to claims of independence but from the special treatment Kashmiris receive. This summer Mr Modi muscled aside the constitution to break up the state. The Muslim-majority areas appear to have been turned into an open air prison, with the inmates cut off from the outside world. This is a historic mistake as Mr Modi already ran Kashmir with an iron fist – with the entirely predictable result that terrorism thrived in the Himalayas. Mr Modi has deliberately sought to undermine liberal institutions by replacing justice and morality with the supposed will of the people.

The newspaper further said that Western environmentalists and billionaires need to be careful not to end up as props for Modi’s regime, which rests on damaging civil liberties and the rule of law in the name of popular majorities.