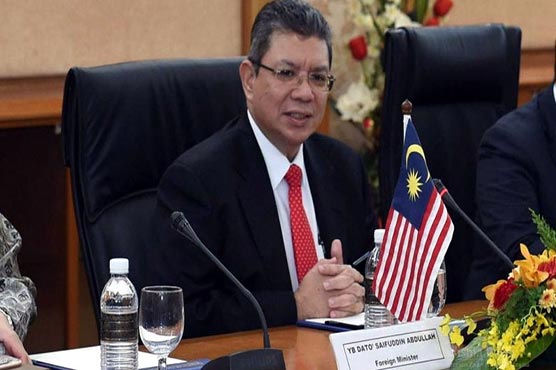 He expressed the sentiments during his conversation with Foreign Minister Shah Mehmood Qureshi who apprised him of blatant human rights violations in Occupied Kashmir.

Shah Mehmood Qureshi said life remains paralyzed in occupied Kashmir due to continuation of curfew there over the last one month.

He said millions of innocent and armless Kashmiri people are looking towards the international community especially the Muslim world to get the Indian atrocities stopped.

Both the foreign ministers agreed to continue their joint efforts and maintain contacts for regional peace.