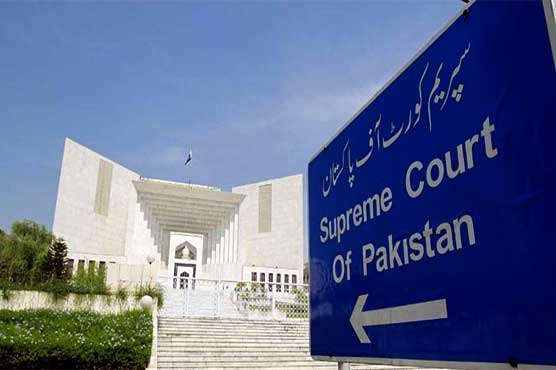 ISLAMABAD (DNA) – A seven-member larger bench of the Supreme Court – formed to hear Justice Qazi Faez Isa’s constitutional petition pertaining to misconduct reference filed against him at the Supreme Judicial Council (SJC) – has on Tuesday been dissolved.

Justice Umar Atta Bandial – head of the bench – has forwarded the matter to Chief Justice Asif Saeed Khan Khosa stating that some judges did not want become a part of the larger bench which had to take up the plea today.

It is worth mentioning here that Justice Sardar Tariq Masood and Justice Ijazul Ahsan apologized from conducting the hearing after Justice Qazi Faez Isa’s counsel Muneer A. Malik raised objection over the bench.