Japan grants US$3.3 million to upgrade PRR Laboratory for polio 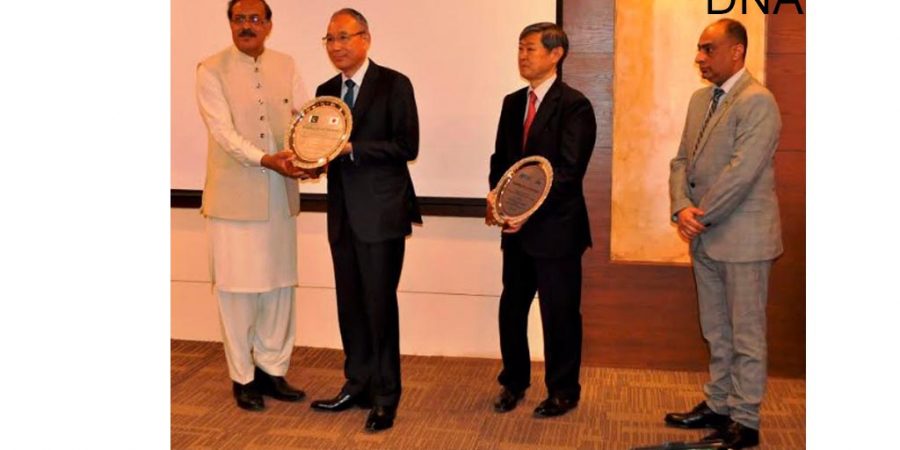 ISLAMABAD, FEB 21 (DNA) – Pakistan’s Regional Reference for Polio has been upgraded with assistance from Japan through a grant worth US$3.3 million.

The support will boost Pakistan’s capacity to swiftly track and respond to the poliovirus. The laboratory currently tests more than 30,000 stool samples and 950 environmental samples for polio a year from Afghanistan and Pakistan as part of the global effort to end virus circulation in both polio endemic nations.

The assistance from the Government of Japan has helped procure essentialmolecular-biology equipment for the laboratory; including genetic analysers, real time thermal cylinders, incubators and freezers.

The grant has also been used to replace aging stocks of cold chain materials, reagents and other essential equipment.

“This lab is now one of the largest and best surveillance networks in the world for polio.A well-functioning laboratory is critical for ensuring successful surveillance in place to detect and respond to outbreaks,” shared Dr. Palitha Mahipala, WHO Representative in Pakistan.

Representatives from the Ministry of National Health Services, Regulations and Coordination, the Government of Japan, Japan International Cooperation Agency (JICA) and the World Health Organization (WHO) ceremoniously handed over this equipment during a ceremony at the National Institute for Health (NIH).

Participants were briefed by the National Coordinator, Dr. Rana Safdar on strategies and approaches being implemented in the country to push the Polio virus back during 2020. ‘Polio eradication is being promoted as a shared responsibility and response of different segments during last two campaigns has been very encouraging’ he stated.

Speaking at the ceremony, the Secretary of the Ministry of National Health Services, Regulations&Coordination,Dr. Allah Bakhash Malik said, “The support of the Government of Japan has been vital to Pakistan’s efforts to eradicate polio. Recent enhancements to the Regional Reference Laboratory (RRL) will furtherup-build ourcapacity to effectively tackle the associated risks in timely manner”

Dr. Kitaoka Shinichi, the President of JICA also spoke at the ceremony.“I am delighted that our grant is being utilized effectively in this Regional Reference Laboratory.” He added, “We have been supporting the Polio Eradication Programme for almost 25 years. Currently, the programme is going through a verycritical and important transformation. JICA will continue our support towards the untiring efforts of the Pakistani government.”

The Ambassador of Japan to Pakistan, H.E. Mr. Matsuda Kuninori,added, “the Government of Japan remains committed to assisting the Government of Pakistan in its goal of eradicating polio,”referring to its assistance of USD 229 million in total provided to Pakistan for polio eradication since 1996. He also appreciated the role of RRL in promoting regional cooperation by testingnot only domestic polio samples but also ones from Afghanistan.

The Executive Director of NIH, Major General Aamer Ikram, attended the ceremony as well. He extended appreciation for the upgradation to the laboratory, adding that, “Pakistan’s tenacity to tackle the aggressive polio virus over the years has been made possible through the generous assistance of donors such as the Government of Japan.”=DNA