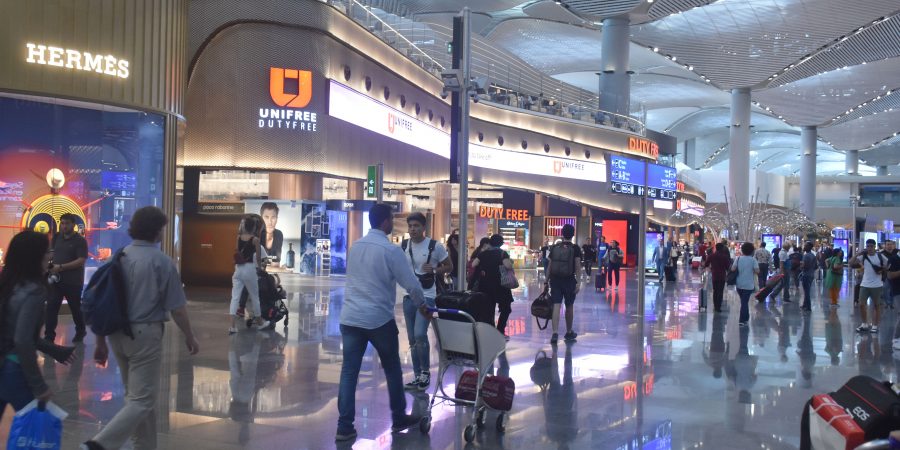 Istanbul Airport, whose first part of first phase is complete, represents the largest infrastructure project of the history of Republic and will break ground in many areas from technology to design and to passenger experience.

Istanbul Airport City located at the Istanbul Airport project, is a globally unique urban development project located near the airport within the boundaries of the expropriation area. 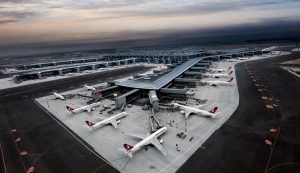 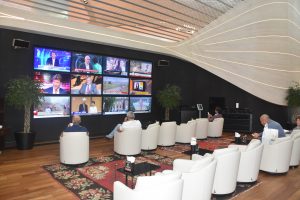 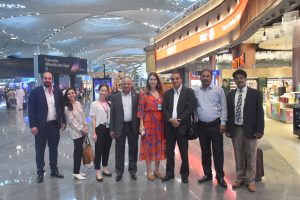 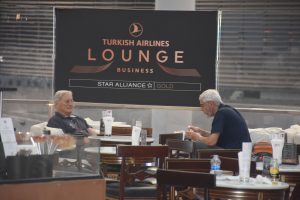 İGA was founded on October 7, 2013 to construct and operate Istanbul Airport for 25 years. The airport is under construction on an area of 76.5 million square meters to the north of Istanbul, 35 km away from the city center. The construction shall be completed in four phases. The first phase was finalized when two runways and a terminal with a passenger capacity of 90 million were commissioned. The airport can host flights to more than 300 destinations with an annual capacity of 200 million passengers.

Providing service in Istanbul, the intersection of Asia, Europe and the Middle East, the Istanbul Airport serves as one of the world’s most significant aviation hubs at a strategic geographical position connecting continents. In the past decade, the international air transportation sector expanded 5.6% worldwide, while Turkey achieved a growth of 14%. Istanbul, which has become one of the world’s most prominent flight and transfer hubs, has the leading role in these growth figures. According to the data of Turkish Ministry of Culture, in 2017, the number of foreign tourists arriving at Istanbul increased 17.8%, compared to the previous year. In 2018, the same increasing rate seems to be continued; therefore the growth trend is expected to be sustained. 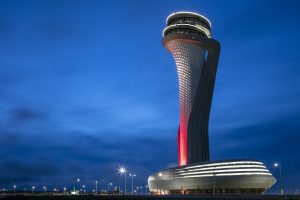 According to the report published by Airports Council International Europe (ACI Europe), in February 2018, Istanbul Atatürk Airport was among the top 5 airports that increased its number of passengers in Europe with a rate of 17.7%. The second position among the Group 1 category airports in terms of the highest increase in passenger traffic was secured by Sabiha Gökçen, following Istanbul Atatürk, with an increase of 15.5%.

Today, the Istanbul Airport launches flights to a total of 146 destinations at various continents within 3 hours connecting 120+ countries, 60+ capital cities, 250+ international and 50 domestic destinations. When the airport is put into operation in full capacity, the number of flight destinations will exceed 350.

The Duty Free was established with TRY 1.2 billion investment in total, half of which is covered through equity capital, and created employment for approximately 3,000 people. The zone also offers 100,000 m² rental area and duty free is laid out over an area of 53,000 m² at the airport. Majority of the stores under the responsibility of UnifreeDutyfree is operated by UnifreeDutyfreeİşletmeciliği A.Ş., while the rest is operated by sub-establishments to which the space is rented. 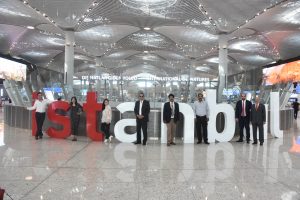 Through the pre-order system that is to be commissioned soon, the orders passengers make online prior to their travels will await them at the store in Istanbul Airport. In addition, tablets to be put in certain lounge areas will enable passengers to make orders over the pre-order system and connect to their personal VIP sales representatives. The interactive area to be provided within the store through digital applications where passengers can try on makeup and cosmetic products both physically and via AR (Augmented Reality), a special selfie point where they can take pictures at a studio quality and aesthetics and share the photograph on social media, and mirror screens will differentiate the shopping experience at the airport. Far from the traditional Duty Free store tradition, UnifreeDutyfree offers customers an unforgettable and extraordinary shopping experience. As was the case in the opening, special launches will be carried out in their stores for the first time in the world.

Istanbul Airport, which will take Turkey to the top of the aviation industry, continues working at full speed to carry the passenger experience to the new heights. iGA has launched their “iGA PASS” membership program, which allows passengers to receive exclusive services at Istanbul Airport.

Unlike the traditional airport service concept, one of the most important service privileges of the iGA PASS program aiming to provide the maximum quality comfort is the iGA Lounge. iGA Lounge is available 24 hours a day, providing a space of 4 thousand 420 square meters and a seating capacity of 584 people for passengers waiting for their flight at the airport.

Guests using the iGA Lounge for business purposes work with fully equipped computers while all their business-related needs are met in this area with 2 meeting rooms with smart boards and 4 quiet rooms ready to use.

Aware of the importance of time in today’s world, iGA is launching a fast track system in order to leave more time to passengers for themselves. At Istanbul Airport, where a total of 12 fast track points exist including domestic flights, international flights, arrivals and departures, iGA PASS owners will always be ahead thanks to the Fast Track service.

Memberships are categorized in 3 different segments as iGA PASS Plus (299 Euros), iGA Pass Extra (399 Euros) and iGA PASS Premium (799 Euros), considering various passenger profiles, and they can be purchased annually. iGA PASS is designed as a completely digital application, and the only thing to do for purchase is to download the Istanbul Airport application (via Google Play and App Store).

«  TUNCAY EMINOGLU : I take competition as a challenge and not a threat (Previous News)
(Next News) Pakistan condemns Indian Announcements on Occupied Jammu & Kashmir » 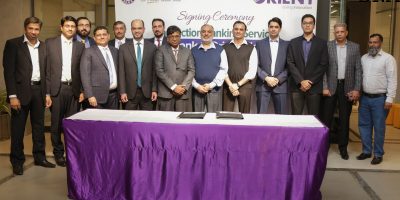 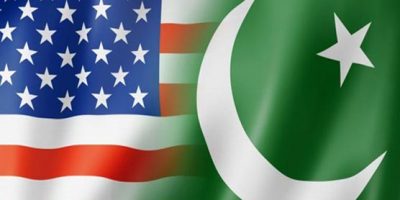