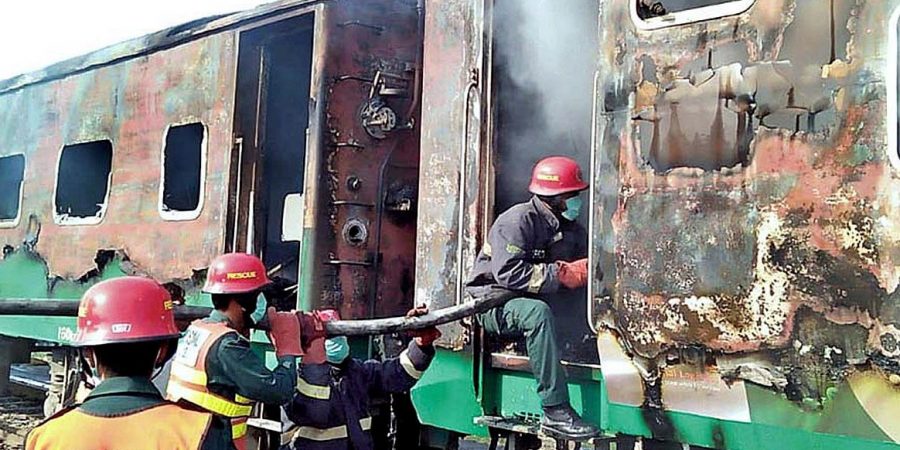 TEHRAN (DNA) -In a statement on Thursday, Foreign Ministry Spokesman Abbas Mousavi offered his condolences to the government and people of the brotherly neighbor, Pakistan, over the deadly train fire.

He also expressed sympathy to the bereaved families of the victims of the incident and wished a speedy recovery for those injured in the tragic event.

At least 65 people were killed and over 40 others wounded after a passenger train erupted in flames near Pakistan’s Rahim Yar Khan district in Punjab province.

Television footage showed flames pouring out of the carriages as people could be heard crying in the incident.