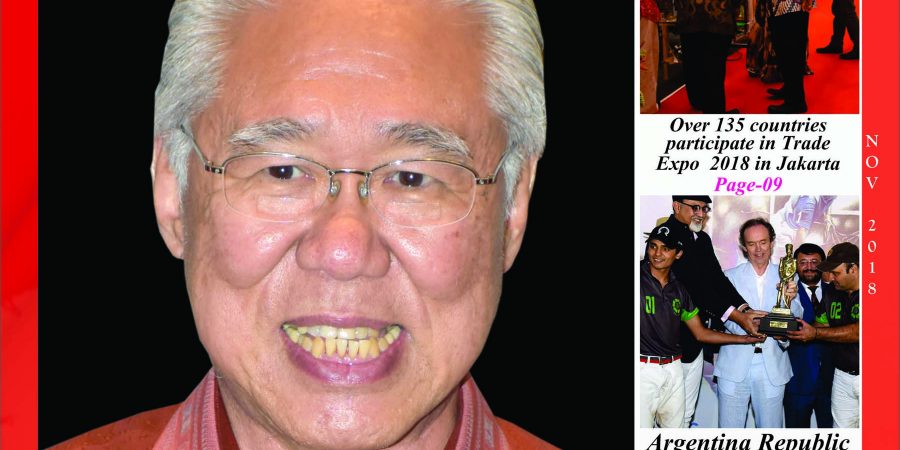 An Interview with the Trade Minister of INDONESIA

The Trade Minister of Indonesia Mr. Enggartiasto Lukita talked exclusively to Diplomatic News Agency (DNA) and CENTRELINE on the sidelines of the Trade Expo 2018, held in Jakarta. The minister in his interview wished to have even deeper and close trade relations with Pakistan, adding huge business potential exists between the two countries. The minister and hinted at concluding FTA with Pakistan in coming days. Excerpts from the interview are given below.

Meanwhile, Indonesia’s imports from Pakistan from January to September 2018 from the non-oil and gas sector reached USD 467.4 million (increase 233% YoY). 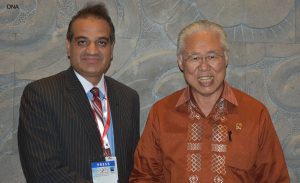 As the one of main trading partner, Indonesia-Pakistan has signed an Indonesia Pakistan Preferential Trade Agreement (IP-PTA) cooperation agreement in 2012. This agreement entered into force on 1 September 2013 after going through the ratification process in both countries. 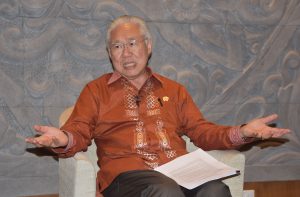 After three years of the implementation, review and negotiation process, it was finally agreed to amend on January 2018, to create more beneficial agreement for both countries. Indonesia would provide an additional 20 new tariff posts as early harvest to expand the scope of the agreement and reduce the two tariff posts from the previous agreement. It is hoped that by opening up broader market access for Pakistani products, Pakistan – Indonesia’s trade deficit will be able to be controlled at a level acceptable to both countries.

Suggestion: We believe that long lasting relationship must be rooted to the mutual benefits between both countries. We must create a trading system that allow for fair trade. Trade is not a zero-sum game, Trade is about partnership, Trade is about trust, and Trade is about growing together.

Pakistan is the forth export destination market for Indonesian palm oil products. Since Pakistan has a very strategic location, therefore Pakistan becomes a strategic destination as well as a gateway to Indonesia’s commodity market access to enter the Central Asia region and the surrounding region. Middle East, South Asia and Central Asia regions represent 47.57% of the Indonesian palm oil market. From the statistis,it shows that those countries in the regions can become captive markets for Indonesian palm oil products. The captive markets potentially can be utilized by using Pakistan as a Trade and Investment Hub.

The benefits of the One Belt One Road (OBOR) project are expected to be widespread throughout the South East Asia region. The development of each economic corridor, from China into Central Asia, the Middle East, Europe, Southeast Asia and Africa will connect many remote locations to trading hubs, lowering entry barriers to supply chains. The imagined routes cover more than 60 countries and regions, currently accounting for some 30 percent of global GDP and more than 35 percent of the world’s merchandise trade.

This may have a positive effect on trade, cutting the logistical cost of imports and exports. Allowing the vital development of renewable power infrastructure will also promote sustainable economic development in these regions. Theoretically with functioning transport links, infrastructure and affordable renewable energy supplies, local economies can grow, creating the ability to benefit from further investment opportunities.

However, this project comes with risks including underdeveloped credit markets, inconsistent regulatory regimes and poor infrastructure, which make the initiation of local Belt and Road Initiative projects problematic. The development of OBOR project also caused mixed interpretations. He said the ongoing projects of ports, railways, and roads, also have caused reservations in some parts of the world.

In the other hand, India and Japan come up with the Asia-Africa Growth Corridor (AAGC). Before OBOR and AAGC came to the surface, Indonesia also has involved itself in IORA, an association of Indian Ocean rim countries. The purpose of IORA is the improvement of economic cooperation and maritime which is nowadays IORA comprises of 21 member countries and seven dialogue partners under its wings.

The Government of Indonesia has announced a national economic growth of 5.4% in 2018, a little bit higher than 2017 (5.1%). In order to achieve these targets and consider the global economy situation which are still likely to slow down, we keep tryingto boost exports and investment as the two main keys of Indonesia’s economic growth as President Joko Widodo’s mandate.

Indonesia’s economic growth up to Semester I grew by 5.17%, with the realization of total investment in QII-2018 amounting to IDR 176.3 trillion, up 3.1% YoY consisting of Foreign Investment (PMA)IDR 95.7 trillion and domestic investment (PMDN)IDR 80, 6 trillion.

Amid the global uncertainty and the “US-China Trade War” effect, the growth of Indonesia non-oil and gas exports grew 9.2% YoY on September 2018 and reached USD 122.31 billion. Some of the main commodities of non-oil and gas exports that contributed the most to the exports during January-September 2018 include Iron and Steel (HS 72), Various Chemical Products (HS 38) and Paper (HS 48).

In accordance with our policy direction, the national export development strategy also focus on penetrating non-traditional markets, while still maintaining traditional markets. The strategy carried out by the Ministry of Trade is through exhibition activities such as this Trade Expo Indonesia and Trade Mission along the year. Trade Mission facilitates Indonesian businessmen to meet directly with potential international buyers in business forum and one on one business matching. Throughout 2018, we have accomplished several trade missions to countries which are India, Pakistan (your country), New Zealand, Taiwan, Bangladesh, Tunisia, Morocco, the United States, Switzerland, and Spain with a total transaction of USD 10.02 billion.

Indonesia also expands its economic partnerships by pursuing trade negotiations with EU, EFTA countries and RCEP countries, while reviewing the existing ones with Japan and Pakistan. In the last two years(2017-2018) we concluded the negotiation with Chile and Australia, also the Protocol to Amend Indonesia-Pakistan PTA which signed in January 2018.We further initiated conversations with other countries for possible launching of trade negotiations such as Bangladesh and Sri Lanka.

The other factor to maintain the economic growth is manage the domestic market. Until September 2018, Indonesia’s inflation rate reached 1.94%, merely stayed below the national target 3.5%. This is indicated how important to maintain the stable price of staple food and keep the good domestic buying power. Moreover, Indonesia is the fifth largest populations in the world and the country with the second largest sea globally with population spread over 17.000 islands. Indonesia is undeniably a Big Nation, so it’s not easy to manage the economic growth being stable.

But overall, with all the achievements, we believe that Indonesia’s economic growth will continue to run in the right track in this year. 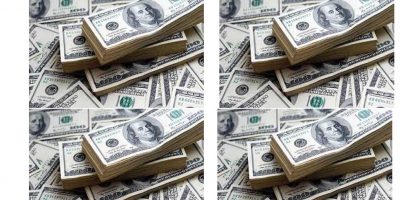 US dollar gains 40 paisa against rupee in interbank market

KARACHI, APR 08 (DNA) – The US dollar Wednesday gained 40 paisa against the PakistaniRead More 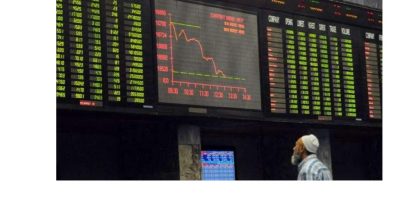