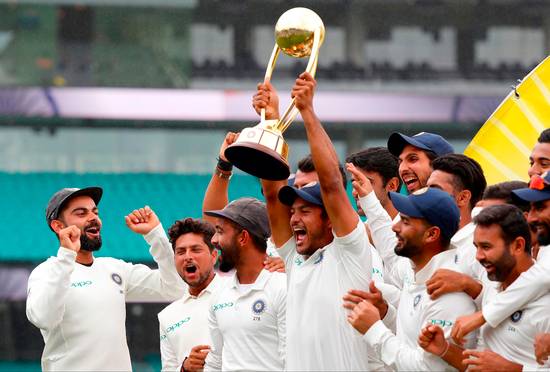 CANBERRA, (DNA) – Virat Kohli’s dominant India reinforced their status as the world’s number one team by winning a historic first-ever series in Australia on Monday after play in the final Sydney Test was abandoned due to rain.

Australia were still 316 in arrears when the match was called off as a draw, leaving India with a 2-1 triumph after wins in Adelaide and Melbourne. Australia won in Perth.

It is the first time they have managed the feat since they began touring Australia in 1947-48.

India had ripped through the Australian tail in Sydney on a shortened day four, when bad light and rain allowed only around 100 minutes of play, bowling the hosts out for 300 in reply to their own ominous 622 for seven declared.

Australia then suffered the indignity of being forced to follow on at home for the first time in 30 years as Kohli twisted the knife.

Only four overs of their second innings were possible, with Marcus Harris not out two and Usman Khawaja unbeaten on four before the match was called off.

“I want to say I’ve never been more proud of being part of a team, than this one right here,” said Kohli.

“The boys make the captain look good. By far, this is my biggest achievement. It’s at the top of the pile.”

“Have to tip our hat to India, we know how tough it is to win in Australia so congrats to Virat and (coach) Ravi (Shastri) because it’s a huge achievement,” he said.

“Disappointed, definitely over the last two Tests. We had our chances in Adelaide, in Perth I thought we played some good cricket, but in Melbourne and Sydney, we’ve been outplayed.” 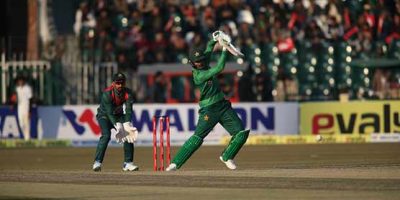 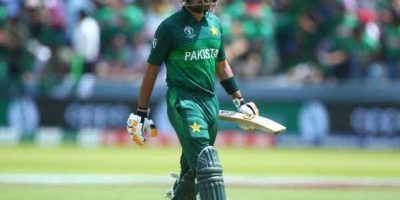