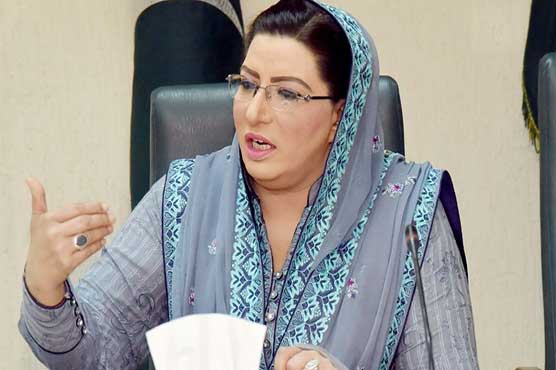 SIALKOT, SEPT 08 (DNA) – Special Assistant to the Prime Minister on Information and Broadcasting Dr Firdous Ashiq Awan has said the government was successfully promoting the culture of ‘Ease of Doing Business’ for establishing a strong industrial based national economy and increasing exports as well.

Addressing a press conference at Anwaar Club Sialkot, she said the textile sector had been playing a role of backbone in strengthening the national economy.

The SAPM said Prime Minister Imran Khan had focused on the promotion of textile sector by providing a special package of maximum trade and export related incentives.

She said the government was committed to make all out sincere efforts to give a boost to the inherited sick economy of the country.

Dr. Firdous said that Prime Minister Imran Khan had formed a special task force, headed by senior economist Ahsan Bashir, to flourish the textile industry by taking all the stakeholders on board.

The task force would recommend direly needed positive steps for the revival of textile industry besides, following the PM Imran Khan’s policy of ease of doing business, she added.=DNA