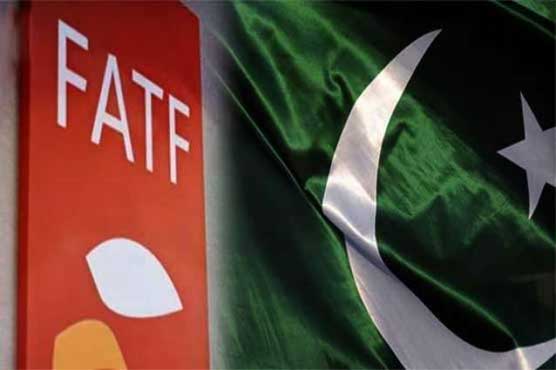 LAHORE, FEB 15 (DNA) :  A five-day session of the Financial Action Task Force (FATF) will begin tomorrow in Paris in which Pakistan’s performance on the implementation of the global illicit financing watchdog’s 27 action points to curb terror financing and money laundering will be reviewed.

Experts are of the view that Pakistan is expected to exit the grey list soon after winning a “largely-compliant” rating from the FATF, or might get more time from the watchdog for attaining full compliance.

Pakistan will be judged by an FATF plenary meeting in the meeting on the basis of the Joint Group’s report, concluded last month, for a possible exit from the ‘grey list’ or at least avoiding an entry into the black list.

Sources familiar with the matter told the media on Monday that Pakistan needs only 12 out of 39 votes for exiting the grey list.

Pakistan has already gained full support from China, Turkey and Malaysia, and aims to obtain 12 votes with escalated diplomatic campaign. Pakistan has ensured significant implementation on most of the recommendations and took necessary actions.

On Jan. 28, the State Bank stated that Pakistan had made significant progress to get off the grey list of the FATF while the central bank had been making all-out efforts to curb money laundering and terror financing. While announcing the monetary policy with unchanged interest rate of 13.25 percent, SBP Governor Dr Reza Baqir said that the last two reviews in May and September showed that Pakistan had made significant progress in most of the 27 points raised by the FATF.

However, he said, the FATF was the final authority to decide if the progress was enough to pull Pakistan out of the grey list, adding that the country would have to continue making progress in this direction.

Last month, despite strict opposition from India, several FATF’s Working Group members including the European Union and the United States had expressed satisfaction while reviewing Pakistan’s performance report from October 2019 till January 2020 in compliance with the global illicit financing watchdog’s action plan carrying 27 recommendations about the country’s anti-money laundering and combating financing of terrorism (AML/CFT) mechanism.

The Pakistani delegation led by the Minister for Economic Affairs Hammad Azhar, last month, had presented the report in a meeting with the Working Group in Beijing, and explained measures taken and progress made by the country in stopping funding of terrorists and eradication of money laundering since October last year.

The delegation had apprised the group about the implementation of 22 of the FATF’s recommendations in particular, and that a ban has been imposed on terrorist organisations together with amendments to the Anti-Money Laundering Act in the light of those recommendations. The FATF’s group was informed that penalties and sentences have been increased in the amendments.

The group had also reviewed answers given by Pakistan in a 650-page report to the global financial watchdog, and it will be considered by the body’s meeting starting from Feb. 16 in Paris.

The FATF had demanded Pakistan to convict those terrorists who had been associated with the banned outfits and also summoned copies of cases lodged against the banned organisations.

Details were also sought about legal steps taken concerning religious seminaries, action against money laundering, and transfer of funds, assets and jewelry in the name of terrorists.

Pakistan had forwarded all required particulars to the FATF while noting that investigations into 700 cases concerning transfer of funds to militants were ongoing.

The FATF had noted that since June 2018, when Pakistan made a high-level political commitment to work with the FATF and APG to strengthen its AML/CFT regime and to address its strategic counter-terrorist financing-related deficiencies, “Pakistan has made progress towards improving its AML/CFT regime, including the recent development of its ML/TF risk assessment.”

1. Adequately demonstrating its proper understanding of the TF risks posed by the terrorist groups, and conducting supervision on a risk-sensitive basis;

2. Demonstrating that remedial actions and sanctions are applied in cases of AML/CFT violations, and that these actions have an effect on AML/CFT compliance by financial institutions;

3. Demonstrating that competent authorities are cooperating and taking action to identify and take enforcement action against illegal money or value transfer services (MVTS);

4. Demonstrating that authorities are identifying cash couriers and enforcing controls on illicit movement of currency;

5. Improving inter-agency coordination including between provincial and federal authorities on combating TF risks;

6. Demonstrating that law enforcement agencies (LEAs) are identifying and investigating the widest range of TF activity and that TF investigations and prosecutions target designated persons and entities, and those acting on behalf or at the direction of the designated persons or entities;

7. Demonstrating that TF prosecutions result in effective, proportionate and dissuasive sanctions and enhancing the capacity and support for prosecutors and the judiciary;

8. And demonstrating effective implementation of targeted financial sanctions (supported by a comprehensive legal obligation) against all 1267 and 1373 designated terrorists and those acting for or on their behalf, including preventing the raising and moving of funds, identifying and freezing assets (movable and immovable), and prohibiting access to funds and financial services;

9. Demonstrating enforcement against TFS violations including administrative and criminal penalties and provincial and federal authorities cooperating on enforcement cases;

10. Demonstrating that facilities and services owned or controlled by designated person are deprived of their resources and the usage of the resources.”

Importantly, the body had noted that all deadlines in the action plan were expired.

While noting recent improvements, the FATF again had expressed serious concerns with the overall lack of progress by
Pakistan is required to address its TF risks, including remaining deficiencies in demonstrating a sufficient understanding of Pakistan’s transnational TF risks, and more broadly, “Pakistan’s failure to complete its action plan in line with the agreed timelines and in light of the TF risks emanating from the jurisdiction.”

It had pointed out that, “To date, Pakistan has only largely addressed five of 27 action items, with varying levels of progress made on the rest of the action plan. The FATF strongly urges Pakistan to swiftly complete its full action plan by February 2020.”

“Otherwise, should significant and sustainable progress not be made across the full range of its action plan by the next Plenary, the FATF will take action, which could include the FATF calling on its members and urging all jurisdictions to advise their FIs to give special attention to business relations and transactions with Pakistan.” 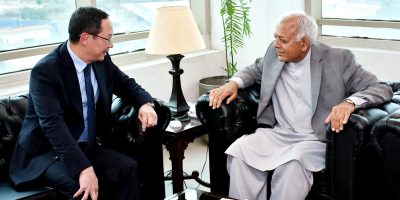