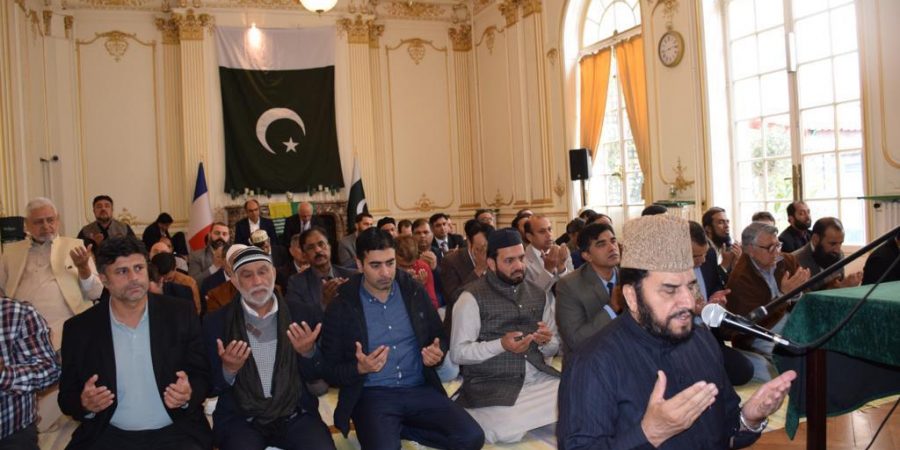 After the recitation he presented a copy of Fatwa, signed by more than 1800 Islamic Scholars from all schools of thought across the Muslim countries, to the Charge the Affair Mr. Amjad Aziz Qazi. He said that Islam is a religion of peace and its true followers never resort to extreme measures.

In his address Sadaqat Ali said that the Quran is the eternal message of peace and harmony by Allah to humanity.

Pakistan was created in 1947 to empower the downtrodden of that time, it was created to ensure equality among the people of all faiths and colours.

Highlighting the worsening humanitarian crisis in Jammu and kashmir by Indian BJP Government he said Moodi has surpassed all in suppression and brutality.

Mr Qazi thanked Sadaqat Ali for enlightening the audience on the core values of Islam and for the profound recitation of the Holy Quran.

A large number of members of Pakistani community attended the event.=DNA