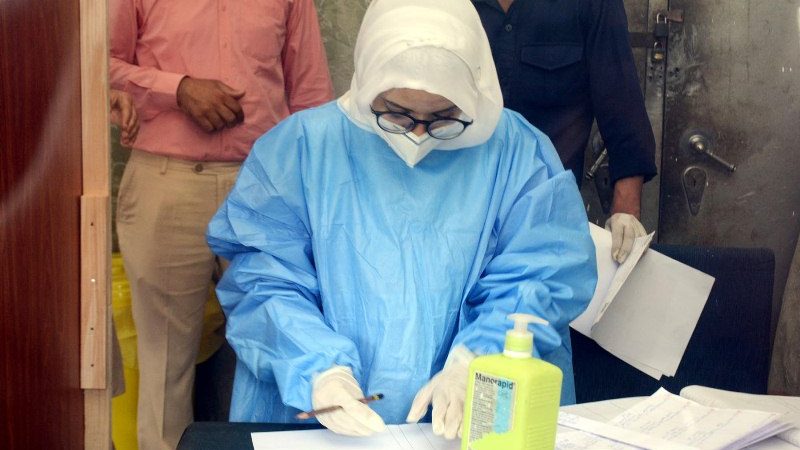 ISLAMABAD, MAR 25 (DNA) – To contain the spread of the COVID-19 pandemic, Asia-Pacific countries including Pakistan have upgraded restrictions as the Philippines and New Zealand declared states of emergency, while Malaysia extended “movement control order.”

PAKISTAN: In Pakistan, the total number of confirmed cases reached 1,000 on Wednesday while eight infected patients have died. The national dashboard, maintained by the federal ministry of health, reported that another patient of coronavirus had passed away taking the nation-wide toll to eight.

Sindh remains the worst affected province by the coronavirus in the country so far, with a total of 413 coronavirus cases. 115 patients have been tested positive in Balochistan, 312 in Punjab, 78 in Khyber Pakhtunkhwa, 81 in Gilgit-Baltistan, 16 in Islamabad and one in Azad Kashmir.

According to a spokesman of the provincial health department of Punjab, the coronavirus cases in the province have reached to 312 with provincial capital Lahore on top with most cases.

“Lahore reported 77 cases of the virus followed by 21 cases in Gujrat, 19 in Jhelum eight cases in Gujranwala and two confirmed patients in Rawalpindi,” he said. So far, a total of 21 patients have been cured while five are registered critical.

THE PHILIPPINES: Philippine President Rodrigo Duterte has declared a state of national emergency in the entire country as the number of infections jumped to 636, according to a new law released on Wednesday.

The law, which Duterte signed on Tuesday night, empowers the president to tap all available state resources to halt the spread of COVID-19. The Philippines recorded 84 new cases as of 4:00 p.m. local time on Wednesday, bringing the total to 636. A total of 38 people have died from the virus while 26 have recovered.

The law authorized the president to expedite and streamline the accreditation of testing kits, facilitate prompt testing of suspected cases and provide emergency subsidy to 18 million low income families.

Besides, it empowered the president to temporarily direct the operations of “privately-owned hospitals, medical and health facilities including passenger vessels and other establishments,” when the public interest so requires.

NEW ZEALAND: New Zealand also declared a state of emergency on Wednesday after 50 new COVID-19 cases were confirmed, taking the total to 205.

It will allow the director and local controllers, as needed, to provide for the conservation and supply of food, fuel and other essential supplies, regulate land, water and air traffic, close roads and public places, evacuate any premises including any public place and if necessary to exclude people or vehicles from any premises or places.

MALAYSIA: Malaysia is extending the “movement control order” that includes comprehensive restrictive measures for two more weeks till April 14, which are originally to end on March 31, Prime Minister Muhyiddin Yassin announced on Wednesday.

Malaysia has implemented the order since March 18 including closing shops and schools as well as imposing travel bans. The number of cases in the country went up to 1,796 by noon on Wednesday after an additional 172 cases had been reported, with total deaths increased to 19.

THAILAND: Thai Prime Minister Prayut Chan-o-cha announced on Wednesday an emergency decree, effective from March 26 until April 30, which provides stringent measures for the authorities to contain the pandemic.

Under emergency rule, the Bangkok and provincial governors may declare certain areas as well as border passes deemed at risk of COVID-19 infection off-limits to the people, and no gatherings are allowed anywhere until the end of April.

Elderly persons, aged over 70 years, and children under five years, are prohibited from leaving home except for medical treatment purposes. Moreover, those who might be found releasing or sharing fake news or distorted information might possibly be subject to penalties. Thailand on Wednesday announced 107 new cases, taking the total to 934.

Meanwhile, all commuters using all rail systems, including the sky train and underground trains, are required to wear masks. Train passengers are also required to maintain space while in the train and passengers must have their temperature taken at station entrances.

SOUTH KOREA: South Korea reported 100 more cases compared to 24 hours ago as of midnight Wednesday local time, raising the total to 9,137. Of the new cases, 34 were imported from abroad. Six more deaths were confirmed, lifting the death toll to 126.

The government has announced an international travel ban and stricter restriction on gatherings, warning against outdoor events of more than 10 people including funerals and weddings.

Meanwhile, non-urgent elective surgery will be suspended starting from 11:59 p.m. local time on Wednesday to allow more capacity in hospitals.

Virgin Australia airlines said on Wednesday that it would extend domestic capacity reduction from 50 percent to 90 percent, and the suspension of most of domestic flying will take effect from midnight of March 27 until June 14.

JAPAN: On Wednesday, the total number of COVID-19 cases in Japan stood at 1,277, with 66 new cases. Of these cases, Tokyo reported 41 new infections, which was the highest daily tally for the city since the outbreak began.

A total of 54 people have died from the virus, and 891 people have been discharged from hospitals after recovery. INDONESIA:

The death toll of COVID-19 in Indonesia has climbed to 58 as of noon on Wednesday with 790 cases confirmed so far.

Earlier, the government said that two islands, the Sebaru island on the Java Sea in the northern part of Jakarta and the Galang island in the Riau Islands, will be used to quarantine and observe people infected with the virus starting on March 28.

INDIA: As the Indian government began the 21-day lockdown on Wednesday, the number of confirmed COVID-19 cases in the morning rose to 562, and the 10th death was reported. Of these, 519 cases are Indian nationals and 43 foreign nationals.

All road, rail and air services would remain suspended during the lockdown, and essential services like medical shops, petrol pumps, grocery stores, milk booths, and online shopping are exempted.

CAMBODIA: Cambodian Prime Minister Samdech Techo Hun Sen said on Wednesday that two more French tourists were tested positive for the COVID-19, bringing the total number to 93. The prime minister said that he is considering to put the country in a state of emergency.

AFGHANISTAN: Afghanistan reported the one death from the COVID-19, taking the death toll to two. To date, the country has confirmed 74 infections.

The government has confirmed 39 cases so far, and no new cases was detected in the last 24 hours.

FIJI: As a 31-year old Fijian woman tested positive, the infections in Fiji have reached five.

NEPAL: Nepal on Wednesday confirmed the third infection, the Ministry of Health and Population said.

The Nepali government has launched stringent measures, including the week-long lockdown nationwide, closure of all border points, suspension of all international flights and closure of offices except the emergency ones.

LAOS: Laos has detected a third confirmed COVID-19 case, the Lao official confirmed. The patient is a 26-year-old businessman in Vientiane, and a friend of a previous confirmed case, the official said.

All of the close contacts have been quarantined in a hospital in Luang Prabang province. 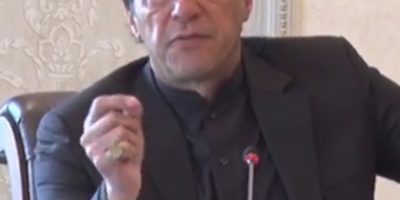