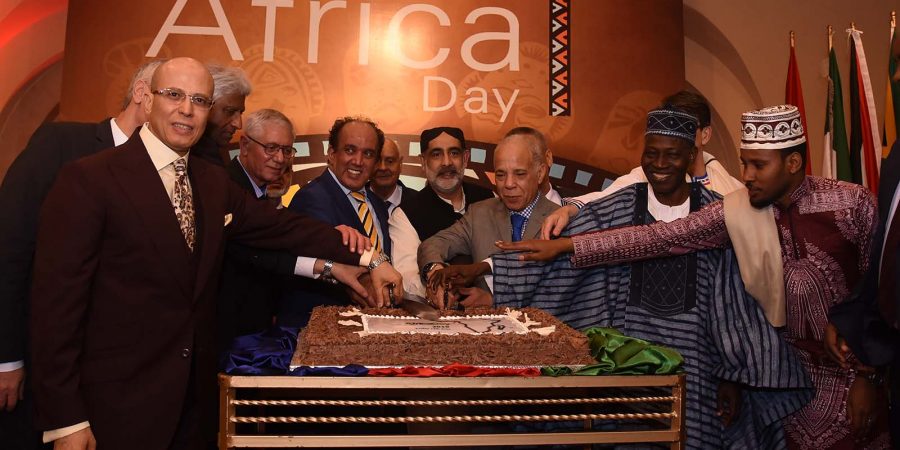 Dean of African Group and Ambassador of Tunisia Adel Elarbi on behalf of all African colleagues expressed heartfelt appreciation and thanks to Dr Arif Alvi, President of the Islamic Republic of Pakistan,  for his congratulations and best wishes on the occasion of 56th African Day. This, he said, reflected a special attention given by Pakistan to Africa.

A large number of guests hailing from various walks of life attended the event. Federal Minister for Food Security Sahibzada Mahboob Sultan was the chief guest.

All African countries represented in Pakistan established their stalls. Embassy of Palestine also set up stall where various Palestinian delicacies were displayed.

The Federal Minister went to each and every stall where he was briefed about different items displayed at the respective stall. The Minister took keen interest in the festival and praised efforts of the African countries especially the Dean of the African Group for arranging such a marvelous show.

The Minister on the occasion assured that Pakistan would continue to have cordial relations with the African countries as the African continent offered a lot of opportunities to Pakistani businessmen.

Ambassador Adel said they were celebrating this evening the 56th Anniversary of the Africa day and wanted it as a festival to show the colors and diversity of our dear continent Africa. 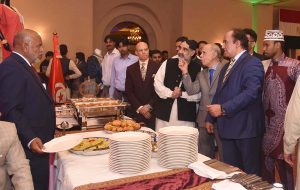 “In this occasion I would to express my happiness and pride. As you are aware, Africa Day is annually celebrated every 25th of May across the globe to commemorate the birth of the Organization of African Unity (OAU) which is now the African Union (AU). The creation of the organization expressed, then, the awareness of our founding fathers of the strength and the importance of a united Africa after the struggles for freedom and dignity”.

Ambassador Adel said this year they were celebrating Africa day under the theme: “Year of Refugees, Returnees and Internally Displaced Persons: Towards Durable Solutions to Forced Displacement in Africa”. This theme demonstrates the seriousness of the challenges that the continent is facing and the urgent need to work together to ensure to all African citizens the inalienable right to live free, dignified in a prosper and peaceful environment.

The goal our organization is to consolidate the Unity and Solidarity of the African States, Safeguard the Sovereignty and Territorial Integrity of member States, advance worldwide collaboration within the United Nation (UN) framework and harmonize policies of member states in all areas .

In this context we express our pride and pleasure that two African countries, Niger and Tunisia, were among countries elected as non-permanent members to the Security Council for a period of two years. For sure Niger and Tunisia will be the voice of Africa during their mandate in this prestigious body of the United Nations.

Since the Kigali Extraordinary Summit of 21 March 2018 on the Continental Free Trade Area, African countries are coordinating to come up with prospects that hold for the future. Our expectation is that Africa as a bloc will become a major and an indispensable partner in world trade. 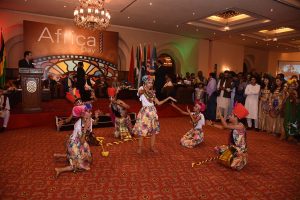 With regard to African Pakistani relations, I can say that they are rooted in a strong historical bases and long traditions of cooperation. These relations are tied on mutual respect, understanding and good political will. In many areas Pakistan and Africa face the same challenges, which mean that we need more cooperation and interaction.

Therefore, African States have sought for closer economic, social and cultural cooperation with Pakistan for the common good. There is great potential in further promoting Pakistan-Africa ties in all areas and tap into the existing potential to the maximum. Africa is the continent of future and Pakistani businessmen are invited to invest in Africa. The Pakistani government is doing its best through its “Look Africa” policy, but as we know governments are just facilitators and the private sector should take more initiatives to boost trade relations between their country and Africa.

He also thanked Mr. Aziz Boolani, CEO, of Serena Hotel, and through him all the staff, for their support, professionalism and flexibility. Moreover, we express our special thanks to the staff and students of Roots international schools for their artistic contribution. 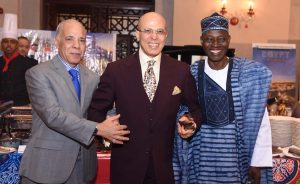 Ambassador said  there was a Palestinian stand among the African stands; this was our way to express our solidarity with our Palestinian brothers.

Ambassador Ahmed Fadel Yacoub  Ambassador of the Arab Republic of Egypt also spoke on the occasion.

Text of his speech |Allow me to highlight some of Egypt’s efforts during its AU chairmanship for this year. 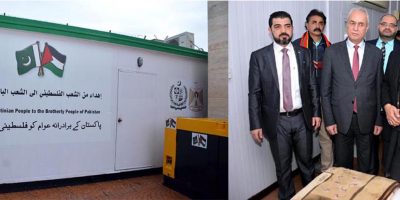