Belgium-Pakistan Ties Based On Actions, Not On Rhetoric 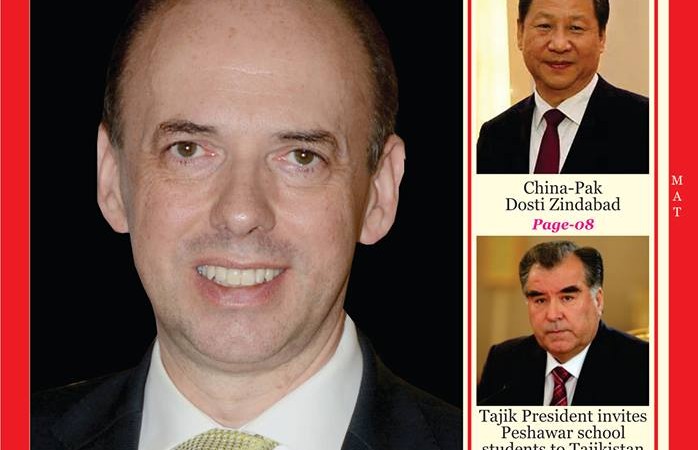 The Ambassador of Belgium Peter Claes talked to Centreline and DNA on a variety of issues including bilateral relations; GSP plus status; defence cooperation etc. The Belgian ambassador minced no words in tackling even some of the tricky questions and gave his candid and unequivocal answers. Here is the full text of his interview.

Let us begin with Belgium, Pakistan bilateral relations, if you could give us a brief history and a latest status?

Belgium was one of the first countries in the world to recognize Pakistan’s independence. It opened its Embassy in Karachi in December 1948. Since then, we have continuously and without interruption been engaged in Pakistan. Sometime in 1954, Belgium and Pakistan signed a general visa waiver agreement which is still in place, but unfortunately is now restricted to holders of only diplomatic passports. Belgian companies had very quickly understood the importance of Pakistan and have over the last 65 years invested heavily in the country. For instance, Belgium built the first port in Gwadar in the 1980s. Belgium has also assisted Pakistan in all its hours of need, and in recent years donated large amounts to help the country overcome the devastations of the 2005 earthquake and 2010-2013 floods. This being said, our relations are based on common sense and action, not on rhetoric. They are matter-of-factly and geared towards concrete results. This explains why the priority in our daily work is concentrated on two issues: economic cooperation and people-to-people contacts.

Pakistan-Belgium Business Forum (PBBF) establishment indeed was a big step towards deepening of bilateral relations. Please give your insight as to how such forums contribute to strengthening of relations?

I was part when PBBF launched as an informal and flexible business club. In 1996, PBBF still counted a number of Belgian companies established in Karachi. Due to known circumstances, they ceased their activities, but the Forum continued to thrive thanks to a considerable membership of business people with close Belgian-Pakistan business relations. I was happy to find PBBF in excellent shape when I returned to Pakistan in 2012 and have worked closely with the Forum to give added value to its activities and broaden its membership, engage in specific initiatives and expand its influence to other parts of Pakistan, in particular the Punjab. Networks like PBBF are instrumental in promoting bilateral relations and bring countries closer together. For the Embassy and me, they are invaluable to promote the Belgian image and interests. PBBF also has as a vocation to promote genuine bilateral relations, meaning that it also offers its members a platform for doing business with and in Belgium. 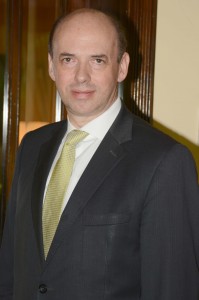 I have certain reservations on your assessment. Belgium also voted in favour of GSP+, but for political and not economic reasons. You know, of course, that GSP+ is a human rights instrument, and in my personal opinion has a doubtful nature. As I explained in public, a country like Pakistan should not need such an instrument, which was factually devised for very poor nations, to enable them to find their rightful place among strong industrialized and trading nations. I firmly believe that the private sector in Pakistan, given the right conditions, with its near perfect regulatory framework, does not need unilateral favours. I even dare to question whether this is in the long term interest of Pakistan’s economy. Looking at it at from Belgium’s perspective, I note that GSP+ may have given space for a 10% increase of Pakistan’s exports to my country in 2014, but this trend does not seem to continue in 2015. It is far more important that Pakistan reinforces its industrial base to make it more competitive and must concentrate to fully utilize all the strong points that the country possesses. I see no reason why Pakistan cannot do this.

Tell us something about visa system especially for students and businessmen. Do you offer any special visa regime to prospective business people?

Belgium is an integral part of the Schengen system which is not particularly friendly to countries like Pakistan. Schengen rules for visa of any nature are strict and the integrated Schengen system is fairly flexible based on the fact that its visa gives unlimited access to almost 30 European countries. While application of Schengen rules should be followed in letter and spirit for Pakistan but with fairness. During my tenure, the visa rejection rate has dropped from 60% to 30%. This is due to the hard work of a small consular staff under permanent instruction to pay particular attention not only to both business and student visa but also the many family reunion files that have a profound human impact. Small mistakes in applications are enough to trigger a rejection in Brussels. It is our policy to identify such small errors and amend them, if possible. In short: there is no special visa regime under the Schengen system, but the art is to consider every single application on its merit and develop a relation of trust with deserving applicants. For business people, this leads to multiple and long-term visa based on a simplified procedure. It is not easy, but is definitely feasible.

Culinary relationship is yet another aspect of bilateral relations, which too helps to promote ties, please give us some details of Belgian food festivals in Pakistan and your inspiration to bring Belgian cuisine to Pakistan?

People in both Belgium and Pakistan love good food. I like to say that one needs a recommendation to eat badly anywhere. The Pakistani community in Belgium of around 25, 000 people has also opened quite some eating places which are greatly appreciated by Belgium’s multicultural population. The Belgian Embassy, in cooperation with the Pakistan-Belgium Business Forum and a local hotel chain with Belgian connections try to organize once every few years a special food festival. In November 2014 this took the form of ‘BelgiYumm’ and it was a handsome success with the additional help of a talented musician. But you are absolutely right: genuine understanding and friendship are often based on food! 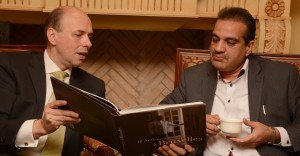 Cultural cooperation between the two countries is yet another hallmark of bilateral relations. Please tell us something more about this with particular focus on Francophonie festivities?

Due to known factors, the cultural exchanges between not only Belgium but many countries and Pakistan are limited, although I must say that there are many welcome exceptions. In 2015, our Embassy has taken the lead to coordinate the Francophonie Festival, which due to particular events in France earlier in the year kept a rather low profile. Nevertheless, being strictly non-political and based on the common value of cultural diversity and respect, the Member-States of the Francophonie represented in Islamabad and covering all continents, decided to go ahead and present a varied programme featuring films, exhibitions, storytelling and educational interaction to involve the youth. Belgium presented at PNCA an attractive exhibition featuring 15th century miniature paintings and modern works of art by students of the National Council of the Arts in Lahore drawing inspiration from them. I am personally very proud of this result. For small Embassies like ours and with no means or little interest from Belgium, we try to develop cultural activities by responding to spontaneous opportunities.

Belgium actively participated in IDEAS 2014 Exhibition. How was this experience?

I must slightly downscale the word ‘actively’. It is true that the Belgian defense industry has a longstanding cooperation with several public defense companies in Pakistan. This cooperation is now geared towards high technology, ammunition machinery and non-offensive equipment, like transport vehicles and protective gear. Hence the official title of IDEAS 2014: “Arms for Peace”. There is a strategic vision behind this: Pakistan is fighting a war against terrorism on its soil. Those terrorist elements are a threat to the entire world, including my country. Pakistan, as a responsible nation and with solid and reliable security structures, is part of the world community and fulfils all safeguards that make cooperation in the defense field also perfectly normal. At IDEAS 2014 one Belgian company presented a specifically armoured army personnel transport vehicle. While visiting the Exhibition, I was also pleased to note that a Belgian public relations company was hired by the organizers to take care of the entire media and public relations aspects of the Exhibition, I understand to everybody’s satisfaction.

Tell us something about “Academic Diplomacy”. 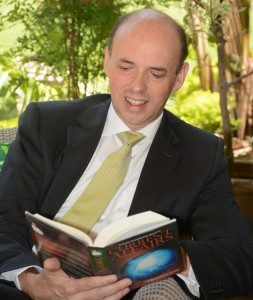 Academic diplomacy has been an integral part of my mandate in Pakistan. However, it is easier said than done. Visits to a large number of universities in different parts of the country evinced in me a keen interest to engage them for cooperation with Belgian universities, beyond the usual exchange of students. That exchange is, unfortunately too unilateral restricted to mostly Pakistani students and professors going to Belgium and not too many Belgians coming to Pakistan. There are three obstacles: (1) the profound Anglo-Saxon education tradition adhered to by Pakistan, including the English medium, (2) the overall negative perception of Pakistan, making Belgian universities reluctant to engage in Pakistan while the opportunities in de wide world are manifold and easier and (3) the absence of any official Belgian development cooperation in Pakistan, traditionally an effective vehicle to enhance academic cooperation. But these factors have not deterred me to continue promoting the opportunities Pakistan offers for a wide variety of Belgian researchers or the advantages of studying in Belgium.

Your impressions about Pakistan and its potential that it has in various fields?

You would know that I have a personal philosophical problem with “potential”, a term which is widely misused when talking about Pakistan. A negative definition of ‘potential’ points at a failure to achieve. I remember with regard to a particular country the adagio that it is ‘a country of the future and will always be’. Pakistan is most certainly a country with a promising future, but has been since its founding. What has been achieved and what could have been achieved? So when people speak about the ‘huge potential’ (and other terms like ‘milestone’ or ‘game changer’), what do they mean and why has it not been used? What are the impediments? We do know the answers to these questions. But in the end, such considerations are irrelevant: Pakistan is there to stay and with its frighteningly rapid population growth urgently needs to find solutions for many challenges, not in the least the vast social problems but also the potentially disastrous environmental effects of climate change. I believe that the answer lies in the people directly. The people of Pakistan are, given the chance, born entrepreneurs full of common sense. Education and governance are the only key factors that will make Pakistan’s fabled potential come true. Over 200 million people need chances and motivation to make their own country grow and thrive. All the building stones are there – Pakistan should not be overly dependent on anything or anyone- it is the responsibility of the country’s leaders to develop a vision and action plan to respond to Pakistan’s aspirations. 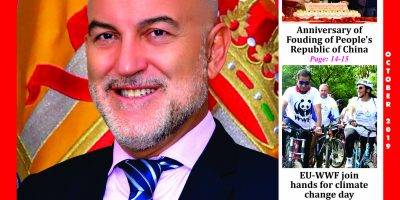 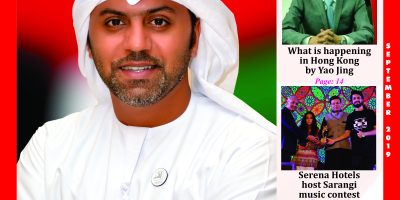