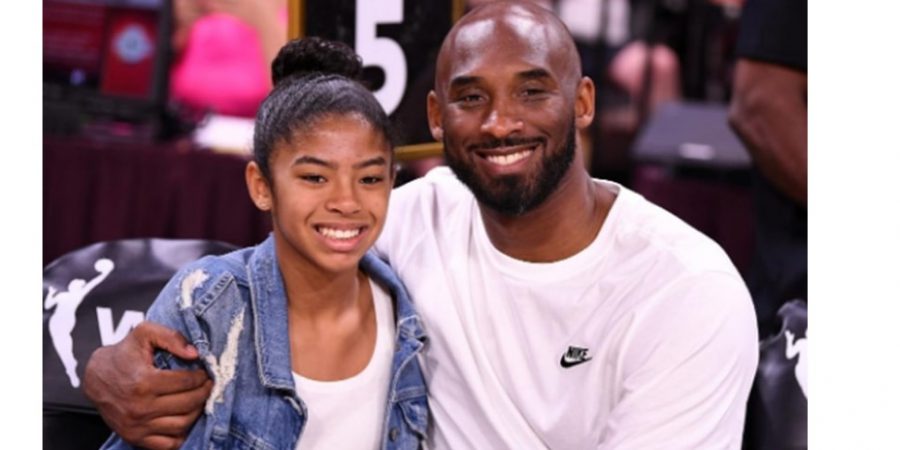 Kobe Bryant, one of the NBA’s all-time greatest players whose international stardom transcended basketball, was killed at age 41 on Sunday in a helicopter crash near Los Angeles along with his 13-year-old daughter and seven others on board, officials said.

Bryant rocketed to fame as an 18-year-old rookie and played 20 years for the Los Angeles Lakers — 18 of them as an all-star — winning five NBA championships. His death sent shockwaves through the National Basketball Association, which he helped propel to global prominence, and stunned fans around the world.

The cause of the crash was unknown, and an investigation by the Federal Aviation Administration and the National Transportation Safety Board could take months.

Bryant was known since his playing days to travel frequently by helicopter to avoid the Los Angeles area’s notorious traffic.

“There were no survivors,” Los Angeles County Sheriff Alex Villanueva told a news conference, saying the flight manifest showed nine people on board. He declined to identify them.

NBA Commissioner Adam Silver confirmed Bryant and his daughter Gianna were among those killed, and sent condolences to Bryant’s wife, Vanessa.

“He was one of the most extraordinary players in the history of our game with accomplishments that are legendary,” Silver said, as tributes poured in from players, politicians and entertainers.

The fire and debris field from the crash spread over a quarter-acre of steep terrain in the grass-covered foothills of the Santa Monica Mountains, county Fire Chief Daryl Osby said.

Among the others on board, in addition to the pilot, were a teammate from Bryant’s daughter’s basketball squad and a parent of the teammate, NBC News reported.

‘Kobe we love you’

The news of Bryant’s death sent shockwaves through the sports world and beyond.

“The NBA family is devastated by the tragic passing of Kobe Bryant and his daughter, Gianna,” NBA commissioner Adam Silver said in a statement. “For 20 seasons, Kobe showed us what is possible when remarkable talent blends with an absolute devotion to winning.

“He was one of the most extraordinary players in the history of our game with accomplishments that are legendary: five NBA championships, an NBA MVP award, 18 NBA All-Star selections, and two Olympic gold medals. But he will be remembered most for inspiring people around the world to pick up a basketball and compete to the very best of their ability. He was generous with the wisdom he acquired and saw it as his mission to share it with future generations of players, taking special delight in passing down his love of the game to Gianna.

“We send our heartfelt condolences to his wife, Vanessa, and their family, the Lakers organisation and the entire sports world.”

Former president Barack Obama was among the hundreds of people weighing in on the tragedy.

“Kobe was a legend on the court and just getting started in what would have been just as meaningful a second act,” Obama said on Twitter.

“To lose Gianna is even more heartbreaking to us as parents. Michelle and I send love and prayers to Vanessa and the entire Bryant family on an unthinkable day.”

Orange Coast College announced that baseball coach John Altobelli, his wife Keri and daughter Alyssa were among the people killed in the crash.

“John meant so much to not only Orange Coast College, but to baseball,” Orange Coast athletic director Jason Kehler said in a statement. “He truly personified what it means to be a baseball coach. The passion that he put into the game, but more importantly his athletes, was second to none — he treated them like family. Our deepest condolences go out to the Altobelli family during this time of tragedy.”

A fire broke out after the plane landed and emergency personnel responded but found no survivors.

eyewitnesses to the crash heard the helicopter sputtering before it went down.

Onlookers came to the scene and stared toward the hill as the brush was still smoldering. People were also gathering at Staples Center, the home of the Lakers, in downtown Los Angeles.

The cause of the crash is under investigation.

Bryant won five NBA championships for the Lakers and amassed a number of accolades. He was the NBA’s Most Valuable Player in 2007-08, a 15-time All-NBA selection, 18-time All-Star and 12-time All-Defensive team member.

He twice was named MVP of the NBA Finals and was the All-Star Game MVP four times.

Bryant played in 1,346 career games and retired as the third-leading scorer in NBA history with 33,643 points. On Saturday night, Lakers star LeBron James passed him on the all-time list when he scored 29 points against the Philadelphia 76ers. Bryant stands behind Kareem Abdul Jabbar, Karl Malone and James on the all-time list.

Bryant sent out a congratulatory tweet to James on Saturday night.

“Continuing to move the game forward @KingJames. Much respect my brother,” Bryant tweeted.

On Jan 22, 2006, Bryant scored 81 points against the Toronto Raptors. It is the second-highest total in NBA history, behind only Wilt Chamberlain’s famed 100-point game in 1962.

Both numbers Bryant wore for the Lakers — 8 and 24 — were retired by the club.

He won Olympic gold medals for the United States in 2008 and 2012 and is among the candidates this year for induction into the Naismith Basketball Hall of Fame.

Reaction from the basketball world and beyond had a recurring theme — disbelief over the news — and one of those grieving was Hall of Famer Shaquille O’Neal, a former teammate of Bryant’s on the Lakers.

“There’s no words to express the pain Im going through with this tragedy of losing my niece Gigi and my brother @kobebryant I love you and you will be missed. My condolences goes out to the Bryant family and the families of the other passengers on board. IM SICK RIGHT NOW,” O’Neal tweeted.

Pau Gasol, a former Lakers teammate, expressed disbelief: “Beyond devastated […] my big brother […] I can’t, I just can’t believe it.”

“The news is just devastating to everybody who knew him, knew him a long time,” Rivers told reporters. ”[…] He means a lot to me, obviously, he was such a great opponent, that’s what you want in sports.

“He had that DNA that very few athletes could ever have, the Tiger Woods, the Michael Jordans. I was getting to know him more since he retired. […] Yeah, this is a tough one. We have to go play. The news is just so devastating for (his wife) Vanessa, and his family. Just so many people he touched.”

“Aces nation has lost its heartbeat,” coach Gregg Downer said in a statement through the Lower Merion school district.

Director of school and community relations Amy Buckman read a statement from outside Kobe Bryant Gymnasium on the Lower Merion campus.

“The Lower Merion school district community is deeply saddened to learn of the passing of one of our most illustrious alumni in Kobe Bryant,” Buckman said.

“Bryant’s connection to Lower Merion high school, where he played basketball prior to joining the NBA, has raised the profile of our high school and our district throughout the world. Our school community will always be grateful for his ongoing generosity to his alma mater, including the dedication of our Kobe Bryant gymnasium and his support of our girls and boys basketball team.”

A moment of silence was held before Sunday’s game in Denver between the Nuggets and Houston Rockets. The public address announcer ended the tribute with “Rest In Peace, Mamba,” referencing Bryant’s nickname.

The Toronto Raptors and San Antonio Spurs began their game by letting the 24-second clock run out on both club’s first possession, in honor of Bryant’s No 24.

Bryant was also honored outside of NBA circles as a moment of silence was held in his memory prior to a game between San Diego State and UNLV in Las Vegas.