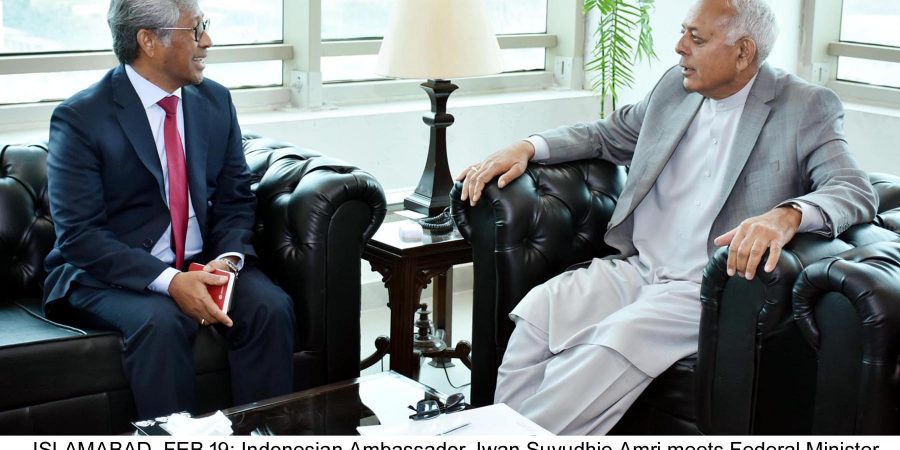 ISLAMABAD (DNA) -Aviation relations between Pakistan and Indonesia can be made stronger. This was said by Federal Minister for Aviation, Ghulam Sarwar Khan during a meeting with Indonesian Ambassador, Iwan Suyudhie Amri.

Ambassador was of the point of view that private airline; Lion Air is interested in starting flights from Lahore, Karachi and Islamabad to Jakarta on daily basis.

He was of the view that nearly 2 thousand overseas Pakistani reside in Indonesia. Ghulam Sarwar Khan, Federal Minister for Aviation added that there is a dire need of more flight operation between 2 countries. Air Services Agreement between Pakistan and Indonesia was signed on January 14, 1966.

The ASA stipulates multiple airline designation. PIA is the designated carrier of Pakistan while Garuda Indonesia is the designated carrier of Indonesia .PIA also has some intermediate points while going to Jakarta, including India-Colombo-Rangoon-Bangkok-Kuala Lumpur-Saigon-Singapore. Similarly Garuda Indonesia has so.e intermediate points while coming to Karachi, including Singapore-Phnom-Penh or Bangkok-Colombo or Bombay. And from Karachi the Indonesian airline also has some points beyond including Cairo or Beirut-Algiers-Rome-Paris-Amsterdam-London. DNA