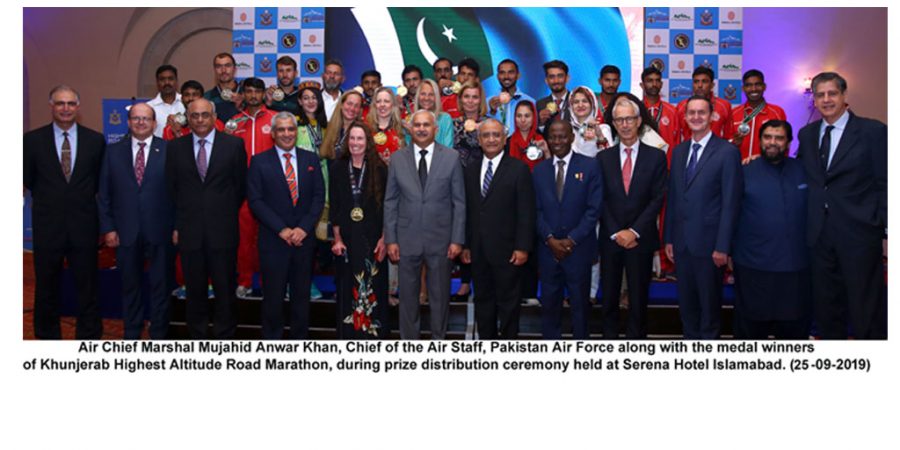 Addressing at the occasion, the Air Chief lauded the efforts of the organisers and sponsors for arranging this historic sporting event. 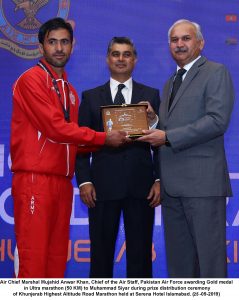 He hoped that the international guests would take along cherished memories and the aroma of our traditional hospitality.

He also stated that sports not only provide healthy activities to the individuals but also promote friendly relations among the participating countries. The Air Chief applauded the strong will power of American paraplegic athlete Elizabeth Sanden, who participated in the toughest of marathons, riding her especially built tri-cycle. The chief guest also awarded medals and trophies to the winning players.

PAF and Winter Sports Federation of Pakistan (WSFP) joined hands with international marathon Travel Company, Z Adventures and Serena Hotels to showcase the real beauty of Pakistan to the world.

It was a momentous occasion in the history of Pakistan, as 154 long distance runners from 17 countries participated in this highest ever marathon which took place at an elevation of 4693 meter above sea-level.=DNA 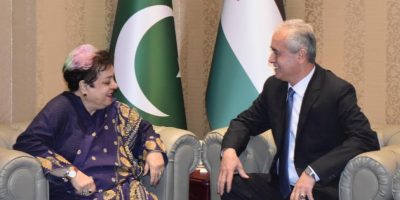