Afridi urges world to act and save millions of Kashmiris 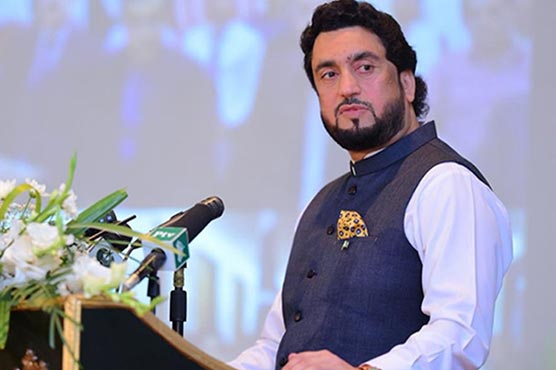 ISLAMABAD (DNA) – Minister for SAFRON and Narcotics Control Shehryar Afridi on Sunday urged the world to act and save ten million Kashmiris locked in the biggest jail on earth in Indian Occupied Kashmir (IOK).

Addressing the participants of a rally taken out by Pakistani and Kashmiri expatriates in German city of Hannover to express solidarity with the people of Indian Occupied Kashmir (IoK), Shehryar Afridi said that Indian Prime Minister Narendra Modi was hell bent to genocide of Kashmiri people following the footprints of Adolf Hitler.

Afridi said that Modi is Hitler of Asia who is involved in genocide of Kashmiris and minorities in India to create Greater India. He said the world needs to intervene to avoid human catastrophe in Kashmir as the presence of over a million Indian forces in Kashmir has turned the Valley into a massive jail where around ten million Kashmiris had been kept under detention.

He said that the human rights violations are a major challenge for the world conscience as Kashmir is a nuclear flashpoint where two nuclear neighbors are locked in a decades-old conflict on Kashmir. “However, what Modi doesn t know that these gags and detentions can t break the commitment and resolve of Kashmiri people for freedom. India has killed over one lakh Kashmiri youth but the flame of freedom has reinforced,” he said.

Afridi urged the world community to intervene into Kashmir situation as children and old needed food and medicines, adding that cutting off of communications was aimed at Indian effort to keep the world in dark over the genocide in Kashmir.

The minister said that the recent special session of United Nations Security Council on Kashmir reflects that the world was now alive to the Kashmir issue more than ever in past fifty years. “But we will not sit idle now. More parliamentarians will be visiting world capitals to keep the Kashmir issue alive. We will keep hammering the world conscience till the United Nations intervenes into Kashmir situation and Kashmiris are given their right to choose between Pakistan and India,” said the Minister.

Afridi said that Prime Minister Imran Khan himself was leading the diplomatic offensive on Kashmir and he was contacting word leaders and briefing them on situation in Indian Occupied Kashmir. He said that the recent human right reports of the UN suggest that Indian forces were involved in systematic genocide of Kashmiris.

Shehryar Afridi said that Pakistan would raise Kashmir at all world forums and the campaign to sensitize the world over Kashmir would continue. He said that Kashmir campaign would continue till Kashmiris win freedom for their future generations.