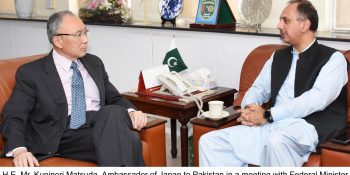 ISLAMABAD, JUNE 11 (DNA) – Federal Minister for Power and Petroleum Omar Ayub Khan has said that in power sector a new renewable energy policy is in the offing that will provide a level and competitive ground for investors with good rate of return on their investments. The Minister expressed these views in a meeting with Ambassador of Japan to Pakistan, Kuninori Matsuda who called on him in Islamabad. During the meeting matters related to mutual cooperation between the two countries especially in the Energy sector were discussed. It wasRead More 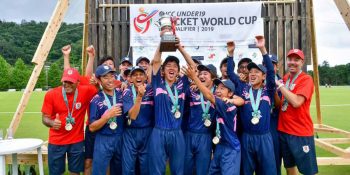 ISLAMABAD, JUN 11 (DNA) – Japan will play in their first ever Cricket World Cup after the ICC Under 19 Cricket World Cup Qualifier – EAP concluded in Sano. Japan finished the tournament undefeated and will now travel to South Africa for a 16-team World Cup which runs from 17th January – 9th February 2020. CEO Naoki Miyaji said: “We are so proud of the team; what an achievement! It is the first time Japan have ever qualified for a Cricket World Cup at Men’s, Women’s or Junior level andRead More 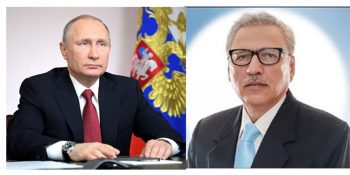 ISLAMABAD: JUNE 11 (DNA) – President Dr. Arif Alvi has extended warm felicitations to Russian President Vladimir Putin on the National Day of the Russian Federation.   In his letter of felicitations to his Russian counterpart, President Dr. Arif Alvi said, “Pakistan and Russia enjoy close, friendly and cooperative relations based on mutual respect, commonality of interests for peace and stability in the region and beyond”.   The President said that Pakistan considered Russia a close friend and were desirous of forging a strong, meaningful and multidimensional strategic partnership inRead More 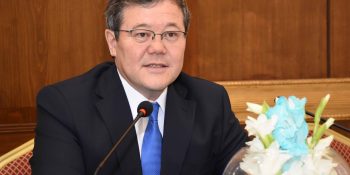 ISLAMABAD, JUNE 11 (DNA) – Ambassador of Kazakhstan Barlybay Sadykov briefed media on Tuesday about the outcome of recently held Presidential election.   He said, two days ago people of Kazakhstan elected their new President, who is to lead and run within next five years our country and nation.   As  you know the elections held resulted from resigning in March of 2019 by the Leader of the Nation and First President of Kazakhstan Nursultan Nazarbayev from the presidential office after staying in power for almost 30 years.  Read More 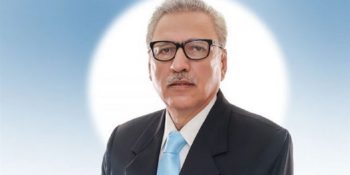 ISLAMABAD, JUN 11 (DNA) – President Dr. Arif Alvi talked to the family of Lt. Col Rashid  Karim Beg, who embraced martyrdom in a bomb blast in Kharqamar on June 07, 2019. The President talked to his wife and brother and offered his heartfelt condolences. He is survived by a daughter. The President also offered his heartfelt condolences to the wife of Major Moeez Maqsood who was martyred during the same incident. He is survived by two sons of 3 and 8 years.  The president talked to Shah Daraz, fatherRead More 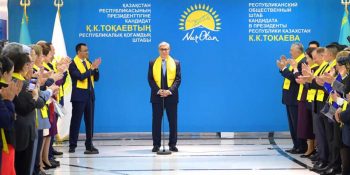 NUR-SULTAN, (DNA) – – Incumbent Kazakh President Kassym-Jomart Tokayev received 70.76 percent of the vote (6,504,024 votes) in Kazakhstan’s June 9 presidential election, said Central Election Commission (CEC) Deputy Chairman Konstantin Petrov at a June 10 CEC briefing on preliminary election results. The preliminary results indicate that Tokayev has won a clear victory among the seven candidates. He held the lead in the nationwide exit poll results released earlier in the day, in which he was expected to secure 70.13 percent of the vote. The CEC preliminary results show thatRead More