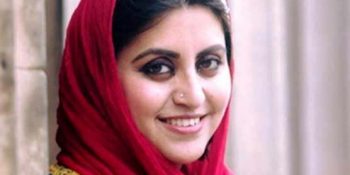 ISLAMABAD, JUNE 10 (DNA) – Pashtun Tahaffuz Movement (PTM) leader Gulalai Ismail has been arrested from Peshawar over making anti state speeches. Two cases were registered against Gulalai under terrorism provisions. The cases against PTM activist were registered in Shehzad town and Koral police stations. Gulali was arrested during a raid under the supervision of SHO Koral in Peshawar. Earlier, PTM activist Gulalai Ismail’s name was blacklisted in connection with anti-state speeches case. All the airports across the country were informed in this regard. A case was registered against GulalaiRead More 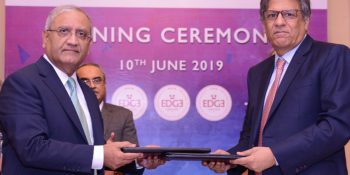 ISLAMABAD, JUN 10 (DNA) – Serena Hotels recently announced that it is the first Company in Pakistan to collaborate with International Finance Corporation (IFC), a member of the World Bank Group and work for the worldwide Economic Dividends for Gender Equality (EDGE) certificate, in line with its commitments and actions to support women’s participation in the private sector. Serena Hotels reaffirms its commitment to gender equality by providing the opportunity to women to work, including in leadership which will further drive economic growth in the country. To promote women’s privateRead More 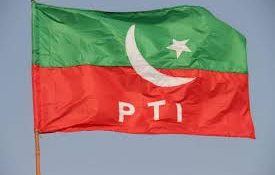 ISLAMABAD, JUN 10 (DNA) – Pakistan Tehreek e Insaf has termed Islamabad High Court’s decision, justified and logical, on Monday. According to details, Secretary Pakistan Tehreek e Insaf, Omar Sarfaraz Cheema while commenting on IHC’s decision, has stated that the Combined Investigation Team brought into open very credible and irrefutable evidences in its report. He said PM Imran Khan kept contending that house Sharif and Zardari clan ruthlessly  plundered  the country and its resources for decades. He remarked stating that these corrupt elements are destined to be made accountable forRead More 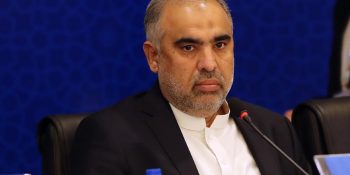 ISLAMABAD, JUN 10 (DNA) – Speaker National Assembly Asad Qaiser has chaired a meeting of House Business Advisory Committee in the Parliament House to discuss the tentative schedule for the Budget Session of the National Assembly. It was decided that Budget session will continue till 29th June, 2019.   It was decided that general discussion on the Budget will be initiated from June 14, 2019 and Advisor to the PM on Finance and Revenue will wind up the general discussion on the Budget followed by discussion on appropriation in respect ofRead More 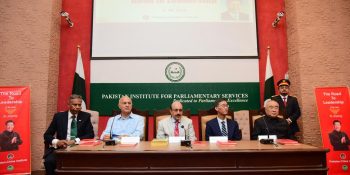 ISLAMABAD, JUNE 10 (DNA) –  The Chairman of the Senate Foreign Affairs Committee who also chairs the Pakistan-China Institute, Senator Mushahid Hussain has stated that Pakistan rejects any trade war or cold war with China,  during his speech at  launch of book on the leadership of President Xi Jinping. The function which was organized by the Pakistan-China Institute was packed to capacity with a large gathering of scholars and students, parliamentarians from different political parties, business and opinion leaders, think tanks and retired senior military officers and ambassadors.  Read More 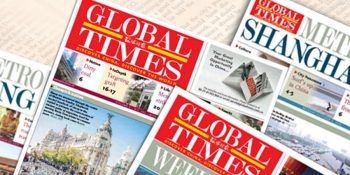 BEIJING, (DNA) – Chinese newspaper Global Times has said Indian Prime Minister Narendra Modi should take pragmatic actions to recover the bilateral dialogue process, promote better relations with Pakistan and work to establish peace in the region. In its article published today, newspaper said if India wants to show its intent to combat terrorism, Modi should not merely express his gratitude for Imran Khan’s good wishes, but take pragmatic actions to recover bilateral dialogue process, which has been suspended since January 2016. The article said if Modi can grasp theRead More